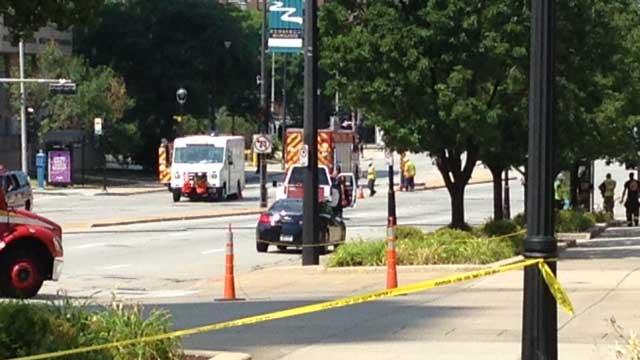 Just before noon, smoke from manhole at 6th and Wells was reported .

There were three to four manholes that had heavy dark smoke coming out of them.

WE energies responded to the area, during this event two manhole covers exploded off, they moved everyone back further and expanded the perimeter.

There were no injuries, to fire fighters or WE energies employees.

Numerous personnel on the scene were evacuated 700 people were in the Wisconsin center at the time, everyone was accounted for.

The Heavy Rescue Team was brought in to help WE energies gain access.

ORIGINAL: Streets near the Wisconsin Center have been closed down with a large Milwaukee Fire Department presence.

We Energies also on the scene.

Traffic signals near N. 6th St. and W. Wells are not operating at this time.