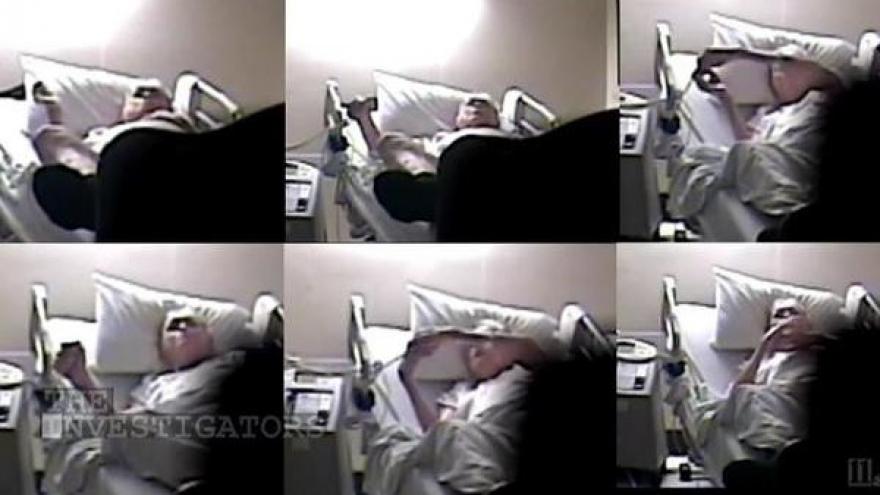 ATLANTA (CBS NEWS) -- Two nurses lost their licenses after a television station persuaded courts to unseal a video secretly recorded by the family of a man who died in their care.

The video shows the World War II veteran repeatedly calling for help, saying he can't breathe. It also shows the nurses failing to take life-saving measures and laughing as they try to start an oxygen machine.

The family of 89-year-old James Dempsey of Woodstock, Georgia, sued the Northeast Atlanta Health and Rehabilitation Center in 2014.

Dempsey's family declined to comment, citing a settlement with the nursing home, the station said. Dempsey's online obituary states he was also retired from the Georgia Army National Guard and married for more than 50 years. He is survived by his wife, children, and grandchildren.

A statement from the center says care has improved since then, under different leadership.

But WXIA-TV said the nurses didn't surrender their licenses until this September after it sent The Georgia Board of Nursing a link to the video the nursing home fought three years to keep secret.

The nurses included a nursing supervisor who told attorneys that, when she learned Dempsey had stopped breathing, she rushed to his room and took over CPR, keeping it up until paramedics arrived. The video shows that nobody was doing CPR when she arrived, and she did not start immediately.

After being shown the video, she told the attorneys it was an honest mistake, based on her normal actions, the station reported.

WXIA-TV said records showed continued problems, including $813,000 in Medicare fines since 2015. It said the nursing home got a good inspection report in May, but still has Medicare's lowest score, a one-star rating.

In WXIA-TV's report, they interviewed a retired nursing professor and expert in adult critical care Elaine Harris. She identified several failures of care in the video.

"In 43 years in nursing, I have never seen such disregard for human life in a healthcare setting, is what I witnessed," Harris said.

You can watch WXIA-TV's investigation in the YouTube video below: