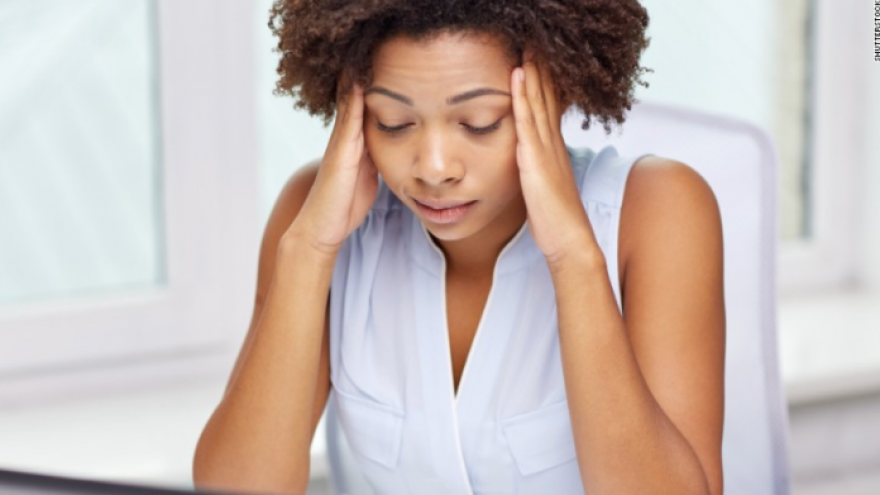 The 21-year-old senior at UCLA remembers it being worse in her freshman and sophomore years. When she got into this mode, she might not eat anything all day, except for some Twizzlers. Fears of failure crept in, and life became overwhelming.

"As I got older, I realized I have to take care of myself," Szmyrgala said. "Even in those finals weeks, there needs to be some semblance of normal life, otherwise it feels unbearable."

This week, about 10,000 new students begin the fall quarter at UCLA, and many will come to experience the same anxieties as Szmyrgala. Some will have an even harder time adjusting to college life, perhaps plunging into severe depression or self-destructive thoughts.

Hoping to head off depression and reduce the stigma of seeking help, UCLA Chancellor Gene Block announced last week that the school will offer voluntary mental health screenings to all incoming students -- freshmen and transfer students.

New student orientation on campus typically involves various activities meant to ease the transition to college -- dorm parties, talks with advisers as well as webinars on drinking and sexual conduct. In recognition of the stress that sometimes comes with such a transition, UCLA is adding screening for depression into the mix.

"To our knowledge, no other university has ever attempted screening of this nature and scale," Block said during a speech at the One Mind Initiative in Napa Valley. "Students who choose to participate will be screened for depression and related traits -- anxiety, mania and suicidal tendencies. And we will offer help to those who need it."

Block said that depression affects 350 million people worldwide. "In terms of dollar costs to society, depression is one of the most expensive diseases we face. The human toll is terrible. It affects all ages and all backgrounds. It is pervasive," Block said.

The screening is free and voluntary. It consists of a brief online survey that takes only a few minutes. People who need and want help can take a free eight-week cognitive behavioral treatment online, a self-guided program that helps a person identify their problem areas and teaches them to think and, therefore, react differently.

If the student has greater needs, he or she will be referred elsewhere or treated within the UCLA clinic network. Gavin Andrews, a professor of psychiatry at the University of New South Wales in Australia, developed the online treatment.

Screening for depression in college is important, not just because university life can be filled with stress but because depression can seriously dampen students' futures, affecting their academic performance, career outlook and relationships, experts said.

"College age is when there is a lot of attention to student potential. It is when the adult trajectory becomes set," said Nelson Freimer, a UCLA professor of psychiatry and bio-behavioral sciences who is leading the UCLA "Depression Grand Challenge," of which the screening is a part. "If you become derailed, it can be really hard to get back on track."

Of course, depression at any age is troubling. "Developing depression at age 60 is a terrible thing, but you have already established your life trajectory," Freimer said.

The screenings will eventually be available to the entire student body, but they will be directed to the incoming freshmen and transfer students first because it is easier to reach them through the many orientation activities, Freimer said.

Mindful that serious mental health problems often emerge in college, other schools also have undertaken innovative depression research and interventions. Duke University's depression research has shown that by building stronger relationships with professors, college students are better able to cope with the stress of school.

Researchers also have found that students who learn how to be compassionate with themselves are less likely to spiral downward when they don't get that perfect score on an exam, for example.

Moneta said he admires UCLA for taking on such a large endeavor. He noted that a lot of students think about suicide -- some casually, some not. It is the second-leading cause of death for college-age adults, he said.

"I think there is going be much higher numbers [of students] who need treatment than they expect," Moneta said. "We will be watching UCLA very carefully to see if it has utility. ... And to see if it reduces the tragic results associated with depression."

Last year, Szmyrgala, the UCLA senior, joined the Resilience Peer Network, a program to support students with mental health issues. Part of the training was undergoing the school's cognitive behavioral therapy treatment online. She said she learned to challenge her dark thoughts.

"I was always thinking about the future. If I got a bad grade in this class, how will this affect my future and what job will I get?" she said. Instead, she said, she learned to ask herself, "What evidence is there for these negative ideas?"