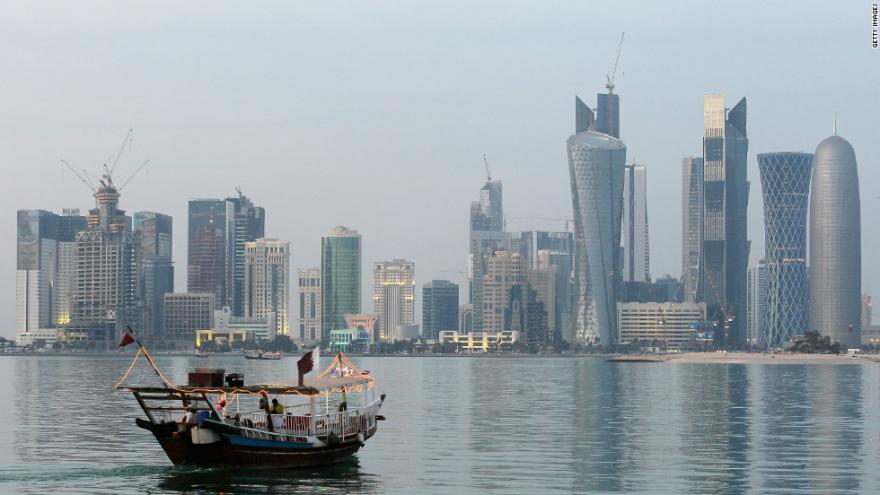 Abu Dhabi (CNN)Saudi Arabia, Bahrain, the United Arab Emirates have broken diplomatic relations with Qatar, rattling a powerful 36-year-old Gulf states union, over what they say is the country's support of terrorism.Egypt has also cut off relations with the tiny Gulf state.

A statement on Saudi Arabia's state news agency announced the move Monday morning, in order to "protect national security from the dangers of terrorism and extremism." All ports of entry between the two countries would be closed, according to the statement.

Saudi Arabia, the UAE, Bahrain, Oman and Qatar form a regional alliance known as the Gulf Cooperation Council. The union is viewed as one of the most influential in the Middle East.

Kuwait and Oman remain the only GCC members to maintain ties with Qatar.

The Emir's comments appeared on Qatar's official news agency, but Qatar claimed that the website was "hacked," the report fabricated by the culprits.

Saudi Arabia and Iran are at odds over a number of regional issues, including Iran's nuclear program and what Saudis see as Tehran's growing influence in the kingdom's sphere of influence -- especially in Syria, Lebanon and neighboring Yemen.

"There are two competing theories," Gayle Tzemach Lemmon, senior fellow at the Council of Foreign Relations says about the origin of the spat.

"One is that Saudi Arabia felt emboldened after Donald Trump's visit, and Trump's administration has had a strong stance on Iran, which is backed by Qatar.

"Another theory is that this is a product of month's tension, all brought to a breaking point after the Qatar news agency hacking story."

Trump recently visited the Saudi capital and addressed 55 Muslim leaders in a landmark speech urging them to double down on efforts to combat terrorism.

In its statement announcing its severing of ties with Qatar, the UAE cited Qatar's "ongoing policies that rattle the security and sovereignty of the region as well as its manipulation and evasion of its commitments and treaties."

Qatari nationals are to be banned from entering the UAE, and Qatari residents of the country have been given two-week notice to leave the leave the country.

Bahrain's foreign ministry issued a statement Monday saying it was suspending diplomatic relations "in order to preserve its national security."

Qatari diplomats had 48 hours to leave the kingdom, and airspace and ports between the countries would be closed within 24 hours of Bahrain's announcement, it said.

Bahrain said its decision was based on what it said was Qatar's destabilizing actions.

"Based on the insistence of the State of Qatar to continue to destabilize the security and stability of the Kingdom of Bahrain, to interfere in its affairs, to continue the escalation and incitement of the media, and supporting armed terrorist activities, and financing groups associated with Iran to subvert and spread chaos in Bahrain in flagrant violation of all agreements and the principles of international law without regard to values, law, morals, consideration of the principles of good neighborliness, or commitment to the constants of Gulf relations, and the denial of all previous commitments."

The Saudi Press Agency said the Saudi government would also reach out to its allies "and start the immediate legal procedures for understanding with fraternal and friendly countries and international companies to implement the same procedure as soon as possible for all means of transport to and from the State of Qatar, for reasons related to Saudi national security."

In a statement, Egypt said that Qatar had taken an "anti-Egyptian course" and that Cairo had been unable to dissuade it from supporting terrorism.

Speaking from Australia, US Secretary of State Rex Tillerson urged the respective countries to work out their differences, and offered US assistance to do so.

"We certainly would encourage the parties to sit down together and address these differences. And if there is any role that we can play in terms of helping them address those, we think it is important that the GCC remain unified," Tillerson said.

Tillerson and US Defense Secretary James Mattis are in Sydney for talks with their Australian counterparts.

After reassuring that the conflict would not impact the fight against ISIS and the pledge made in Riyadh last month, Mattis pivoted to Iran, blaming them for discord in the area. "Iran's actions speak louder than anyone's words," Mattis said.