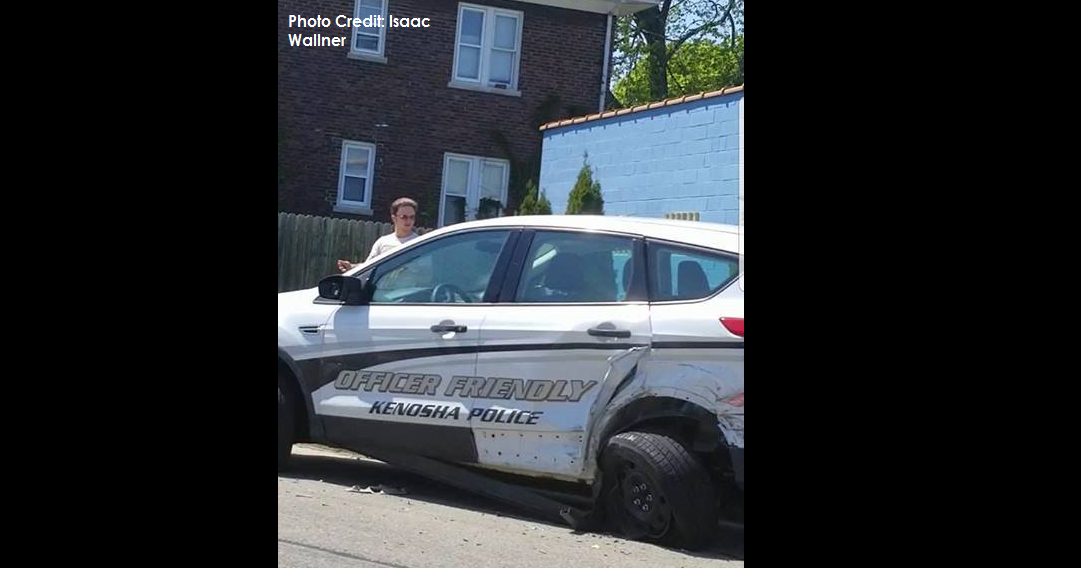 The driver sustained a minor injury to his hand.