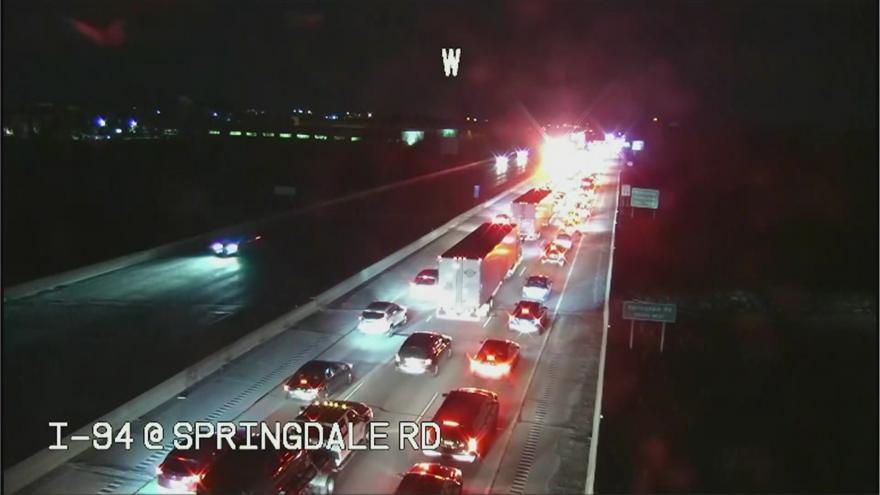 Police and rescue crews were called to a two-vehicle rollover crash on I-94 near Redford Boulevard.

Upon arrival, deputies located two vehicles in the westbound lanes of I-94 just east of Redford Blvd that were involved in the crash.

One of the vehicles was on its side and heavily damaged.

The driver of that vehicle, a 25 year old male from Waukesha, was transported to Froedtert hospital with serious injuries.

The driver of the other vehicle did not sustain any injuries.