Two Suspects in Custody for Fatal East Side Stabbing 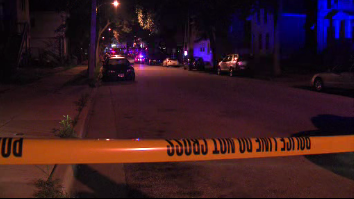 UPDATE: Two suspects are now in custody in connection to the stabbing.

No word on the names or exact charges just yet.

Witnesses say a couple was fighting early Monday morning outside of Thurman's 15. A regular at the bar intervened, and that's when the man was stabbed.

A police source tells us the victim and the suspects knew each other.

ORIGINAL: The Milwaukee Police are currently investigating a homicide that occurred shortly before 1 AM near Brady and Pulaski.

At this time it appears that an argument between two people that knew each other led to a stabbing. A 32-year-old man died on scene despite the lifesaving efforts of Milwaukee Police and Fire.

The suspect fled the scene and is currently being sought.