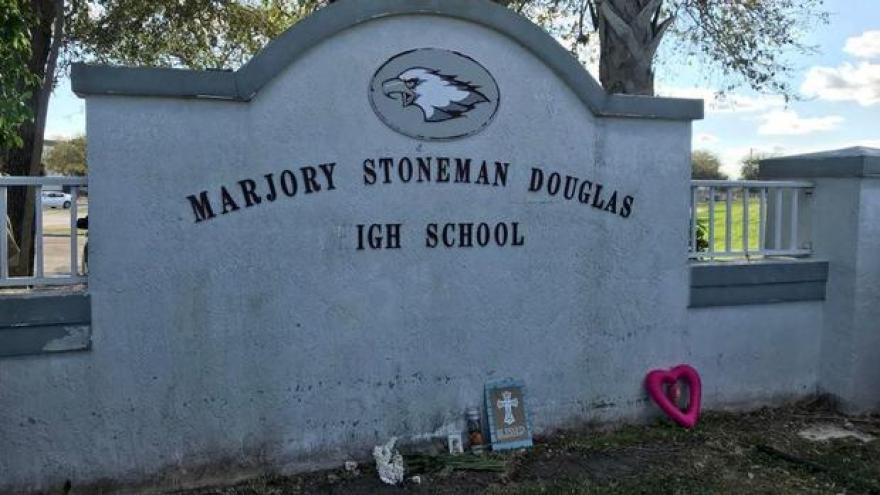 PARKLAND, Fla. (CBS News) – Two Marjory Stoneman Douglas High School students are under arrest for bringing weapons to school. As students try to get back to normal at Stoneman Douglas following last month's mass shooting, now comes news of the arrest of two students, another one committed for psychological evaluation and a deputy placed on paid suspension, CBS Miami reports.

Jordan Salter, 18, is one of two students arrested for bringing a knife to school.

According to an arrest form, during an argument with another student, "Jordan reached inside of her bra and pulled out a 2" black handle knife, unfolded the knife and showed it" to the student she was arguing with.

According to Broward County Sheriff's Office, 17-year-old Gavin Stricker, a 10th grader, was also arrested after "a nine inch knife was found in his backpack. Mr. Stricker was placed into custody and transported to JARC."

"It makes me sad because we just lost 17 of our family members and they're making the problem worse when we're trying to make everything better," said student Angelina Lazo.

Another student, a 10th grader who was not identified, "was removed from class for posting pictures on Snap-Chat depicting a handgun in his waistband and numerous bullets."

BSO says the student stated the picture was, "of a BB gun and the bullets were his father's."

The student "…goes by a gamer tag name he created called, 'NickCruz'. He uses this gamer tag in the game Fortnite."

The student has been committed for a psychological evaluation.

Parents received word of the incidents via a voicemail from the school's principal.

In yet another incident, BSO has announced Deputy Moises Carotti has been suspended with pay after a student notified the school he was asleep in his patrol unit.

Broward Schools Superintendent Robert Runcie tweeted out, "Security at Marjory Stoneman Douglas continues to be an urgent priority for us.  Given the developments over the past 24 hours, we will further enhance school safety measures.  Communications on details will be forthcoming tomorrow."

"Of all the schools in America, you would think this would be the safest one right now. This is so outrageous it's almost impossible to believe."

It is not clear yet when this plan will be put into action.

In the meantime, some teachers are hoping parents will do their part to keep an eye on what students are bringing to school

"Unfortunately, we have an open campus. They can put anything in their bags and parents, you need to watch what these kids are doing because they're not the angels that you all think they are," said Stoneman Douglas High School teacher Gregory Pittman.

Broward Schools issued a statement saying they will continue to work with law enforcement regarding these incidents.

CBS Miami requested to speak with Sheriff Israel regarding the sleeping deputy but got no response.