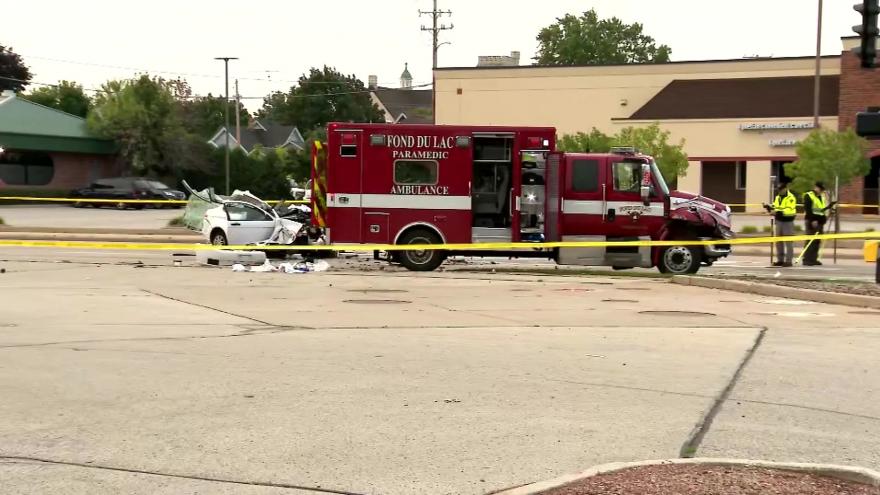 According to the Wisconsin State Patrol, preliminary investigation reveals a passenger vehicle ran a red light and struck the ambulance. The driver of the car, a 28-year-old Theresa man, was trapped and needed to be extricated from the vehicle. He was transported by helicopter with life-threatening injuries to Theda Clark Regional Medical Center in Neenah.

The Wisconsin State Patrol says the ambulance was transporting a patient at the time of the crash. The ambulance crew and patient sustained minor injuries. They were taken to St. Agnes Hospital in Fond du Lac.

The intersection was closed for nearly six hours while the crash was being investigated.

Authorities say around 4:15 a.m., a Fond du Lac Fire Rescue ambulance was hit by a car near Main and Johnson.

The impact of the crash caused extensive damage to the car. One person was ejected and another was pinned inside.

According to Fond du Lac Fire Rescue, two helicopters were called to transport the two people. Both face life-threatening injuries.

The FDLFR and patient in the ambulance were not hurt.