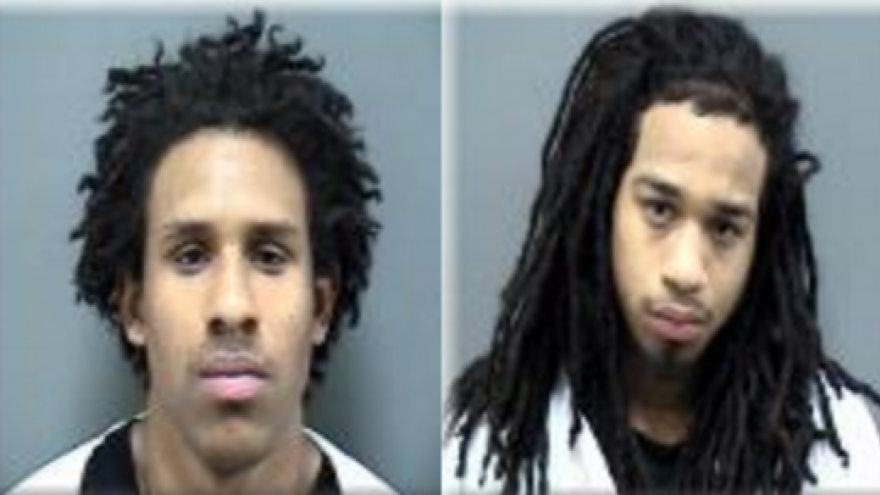 RACINE COUNTY - Officers with the Racine Police Department responded to the Little Caesars Pizza in the 4000 block of Durand Avenue for a report of a robbery.

Police arrived on scene and spoke with two employees who were present at the time of the robbery.

According to the criminal complaint, the first employee stated that two men came into the store with masks on, wearing all black and gloves. One of those men, later identified as Isaac Jackson, went behind the counter and into the kitchen. The employee told police that Jackson pointed a gun at his head and told him to open the safe. The employee asked \"why?\" and Jackson fired a shot at him but missed. The bullet went through the wall into a neighboring business. The employee also stated that the safe wasn't able to be opened because he was nervous and made some mistakes and the safe locked him out. Jackson also struck the employee several times over the head with the gun. That employee needed surgery to repair the right side of his face with stitches and he suffered hematoma to the back of his head.

The other employee then stated that Jackson grabbed her face and told her he was not going to hurt her. The second suspect, identified as Victor Guajardo, approached her with a machete type knife. The two men then had that employee open the registers. Jackson took the money, approximately $150.00, that was inside and fled the store out the front door.

According to the criminal complaint, the two employees then ran out the back door and ran into Jackson and Guajardo behind the store. Jackson took another shot at them and then the two ran off towards Lathrop Avenue. One employee suffered scratches to her face.

Surveillance videos from nearby businesses helped police to identify the men. A search warrant was executed at Guajardo's home and located inside was the shirt and sweatshirt he was wearing in the surveillance video at little Caesars. A mask, shoes and safety glasses from the robbery were also found.