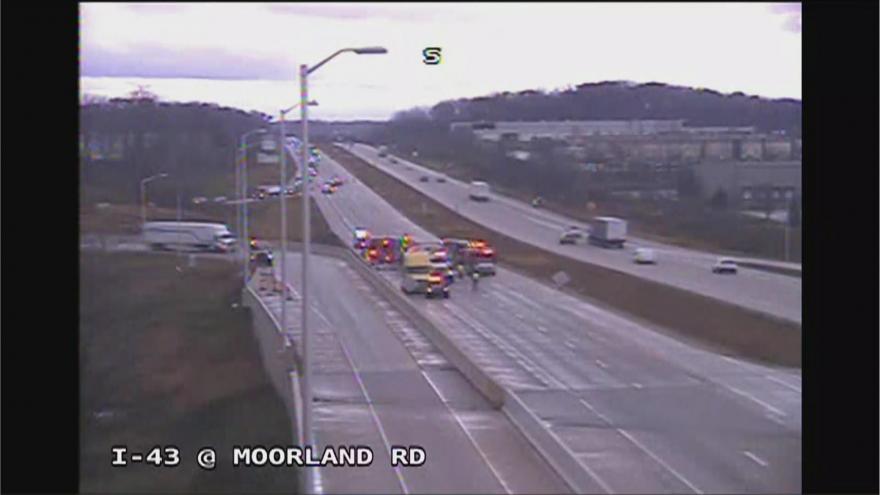 WAUKESHA, Wis. (CBS 58) -- Two people were seriously injured in a two-vehicle crash on I-43 near Moorland Road Tuesday afternoon.

Upon arrival, authorities learned that a flatbed pickup truck pulling a trailer had rear-ended a semi-trailer in the right lane of northbound I-43 around 12:23 p.m.

According to the Sheriff's Office, the two occupants of the pickup truck were trapped in the vehicle and needed to be extricated by the fire department.

Both occupants of the pickup truck were taken to a local hospital for treatment of serious injuries.

The driver of the semi was uninjured.

Initial investigation revealed that the driver of the semi and other traffic were slowing for a construction area and merging traffic up ahead when the pickup truck rear-ended the semi at a high speed.