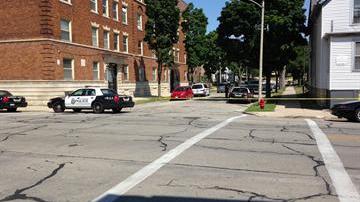 MILWAUKEE-- Milwaukee police are investigating a double homicide that happened at a party near Marquette's campus early Saturday morning.

Police said that they were called to the party near 22nd and Wells around 2:45 a.m.

Officials said that the two victims began to fight and at one point shots were fired. Both victims, a 20-year-old male and a 21-year-old male died at the scene. They were both from Milwaukee.

Marquette officials said that the incident did not involve anyone on campus. But a public safety alert was sent out notifying students of the situation.

Milwaukee Police said that the incident is still under investigation.