UPDATE: One officer dead after shooting at Dallas Home Depot 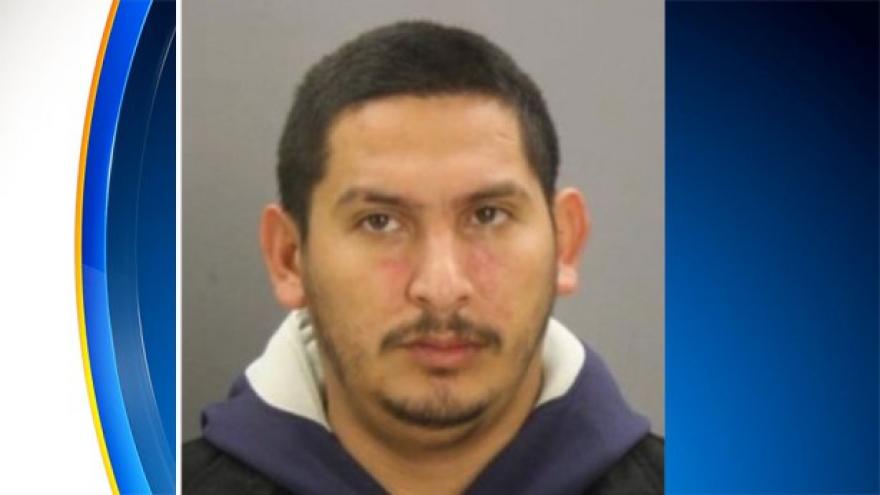 DALLAS (AP) — A Dallas police officer died Wednesday after a shooting that wounded another officer and an employee at a home improvement store, the city's mayor said.

Mayor Mike Rawlings was presiding over a city council meeting when he announced the death of Rogelio Santander, a member of the police force for three years. Santander, officer Crystal Almeida and a loss-prevention officer for Home Depot were shot Tuesday by a man identified by police as 29-year-old Armando Luis Juarez.

The two officers and the store loss-prevention officer underwent surgery for their injuries after the shooting in the north of the city, Dallas Police Chief U. Renee Hall said late Tuesday.

Almeida and the loss-prevention officer, who hasn't been identified, were in critical condition Wednesday.

Police arrested Juarez following a high-speed car chase. He's being held at the Dallas County jail on charges of aggravated assault on a public servant and felony theft. He was taken into custody shortly before 10 p.m.

"We got our man," Rawlings said at a late-night news conference at Texas Health Presbyterian Hospital Dallas.

But relatives of Juarez said they couldn't believe he would be involved in such a violent episode.

"There's no way my son could've done this," Ruben Juarez told The Dallas Morning News, adding that he didn't think his son owned any guns.

Armando Juarez's grandmother, Janie Longoria, told reporters Tuesday that her grandson is a "sweet, lovable person," but that his friends are a bad influence.

"And I told him to stay away from those people," she said.

Police were called to the store to help an off-duty police officer to remove Juarez from the store. Police have not said if he was suspected of shoplifting or why he was being ejected from store. Juarez opened fire as he was being escorted from the store and made his escape. Several law enforcement agencies were involved in the pursuit that led to his eventual arrest.

Rawlings said late Tuesday that he remains "upset at the lack of respect for our police in this city and in our country."

In 2016, four Dallas police officers and a transit officer were shot dead by a sniper in an ambush that came toward the end of a peaceful protest over the police killings of black men in other cities.

Juarez was arrested in January on a charge of unlawful use of a motor vehicle after authorities say he was found in a stolen vehicle. He also pleaded guilty to a drug-possession charge.

NORTHEAST DALLAS (CBSDFW.COM) – Two police officers and one civilian were shot at a Home Depot this afternoon.

Both officers were gravely injured and one was resuscitated. They were taken to Texas Health Presbyterian Hospital Dallas.

“We can confirm that two Dallas PD officers have been shot and critically wounded,” DPD reported on Twitter. “We will provide updates as we get them. Please pray for our officers and their families.”

Officials could not confirm the civilian’s condition.

The shooting happened in the 11600 block of Forest Central Drive near the Hamilton Park neighborhood.

Dallas SWAT and Canine Units are searching a creek bed nearby for the suspect.

The store was evacuated and workers were sent home for the day.

This is a developing story please click back for updates.