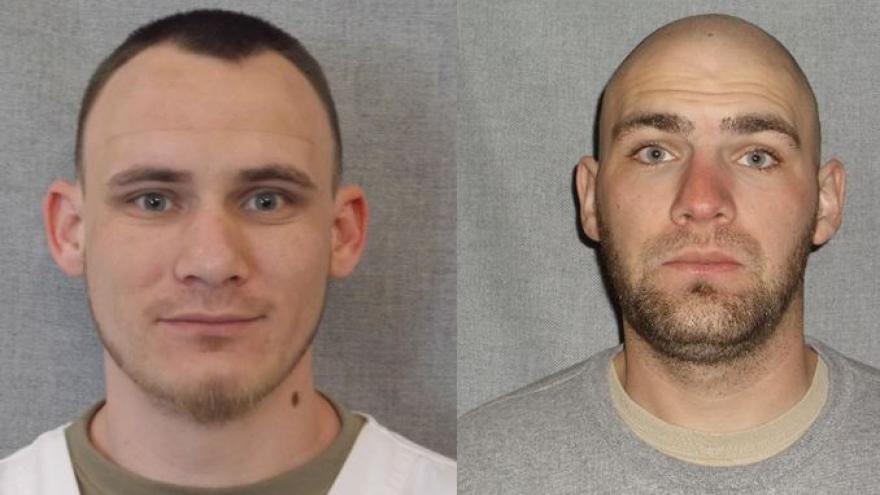 DANE COUNTY, Wis. (CBS 58) -- Inmates James Heather and Alexander Weinmann have been arrested in Dane County after escaping from the Winnebago Correctional Center.

According to the Dane County Sheriff's Office, they received sightings near Mazomanie on Tuesday, June 19 and a reported burglary.

The two escaped inmates were seen running from Blackhawk River Runs Canoe Rental on County Highway Y where they stole two life vests. Deputies searched the Wisconsin River for the two men and concluded a search around 3 p.m.

The two were later taken into custody.

OSHKOSH, Wis. (CBS 58) -- Authorities in Oshkosh are looking for two minimum-security inmates who escaped from the Winnebago Correctional Center Monday.

The inmates are 27-year-old James Heather and 25-year-old Alexander Weinmann. It's believed they escaped the facility sometime between midnight and 7:00 a.m. on June 18.

Heather has been convicted in both Sauk and Richland Counties for gun and drug charges. Weinmann was convicted in Winnebago County on charges of burglary and property damage.

Oshkosh Police say they did not have a clothing description for either inmate.

Anyone with information regarding the whereabouts of Heather or Weinmann is asked to call police or other local law enforcement.