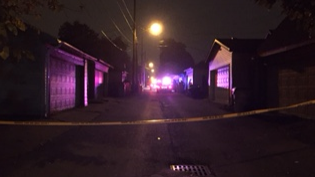 Two Milwaukee men were wounded early this morning when they were shot by a third individual around 12:15 this morning.  According to the Milwaukee Police Department, the two men, one is 38-years-old and the other is 46-years-old, were shot when they confronted another male in an alley behind their home in the area of N Sherman Boulevard and W Townsend Street.  After the confrontation, the suspect fled the area on foot.  The two victims were taken to a local hospital and treated for non-life threatening injuries.  The MPD is investigating the incident.