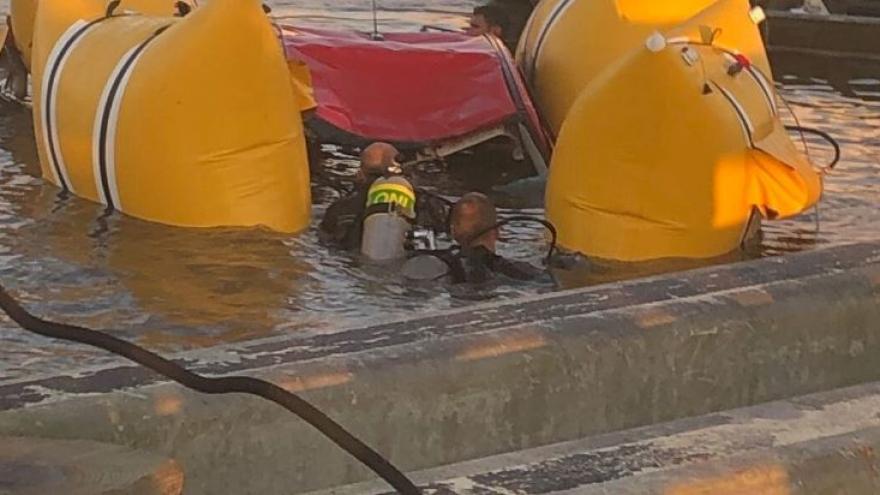 Two men died after attempting to "jump" an open drawbridge in Louisiana, authorities said. State police responded to a single-vehicle crash around 2 a.m. Friday in the water at the Black Bayou Bridge near Lake Charles.

Alejandro Cazares, 23, and Roberto Alejandro Moreno, 32, died in the crash. At the time of the accident, the bridge was closed to traffic to allow a boat to pass through, police said.

A witness said the passenger, Moreno, got out of the car to push up a gate on the drawbridge, allowing Cazares to drive through. He returned to the vehicle and Cazares accelerated in an attempt to "jump" the ramp of the bridge.

"The vehicle became airborne, landed in the waterway, and sank to the bottom," police wrote. The men were driving a 2016 Chevrolet Cruze.

Police found Cazares stuck in the car and Moreno in the water outside of it. Both were pronounced dead at the scene. The crash remains under investigation.