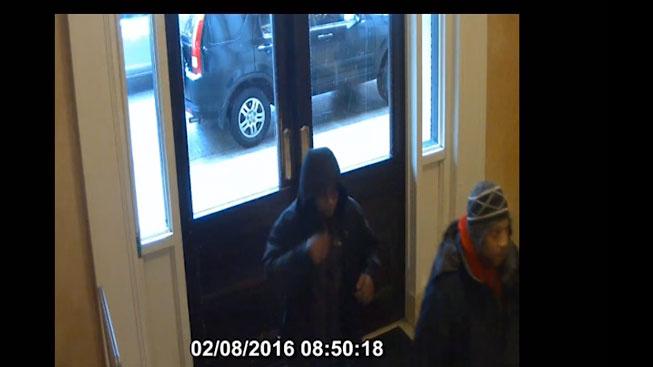 Two suspects are accused of burglarizing an office at 309 N. Water Street around 8:45 a.m. on Monday Morning.The suspects walked into the building, and as one suspect stood as a lookout, the other suspect entered the locked office suite and removed various items. The suspects then fled from the scene on foot.The first suspect is described as a black male, 28-38 years-old, 5’7”-5’10” tall, around 170 pounds, with black hair, a light brown complexion, and a scruffy beard. He was wearing a black thigh-length hooded winter coat, a red hooded sweatshirt, a black and gray knit cap, black pants, and black shoes with red shoelaces.

The second suspect is described as a black male, 25-35 years-old, 5’6”-5’8” tall, around 170 pounds, with black hair and a dark brown complexion. He was wearing a black, hip-length hooded winter coat, black pants, and light colored shoes.