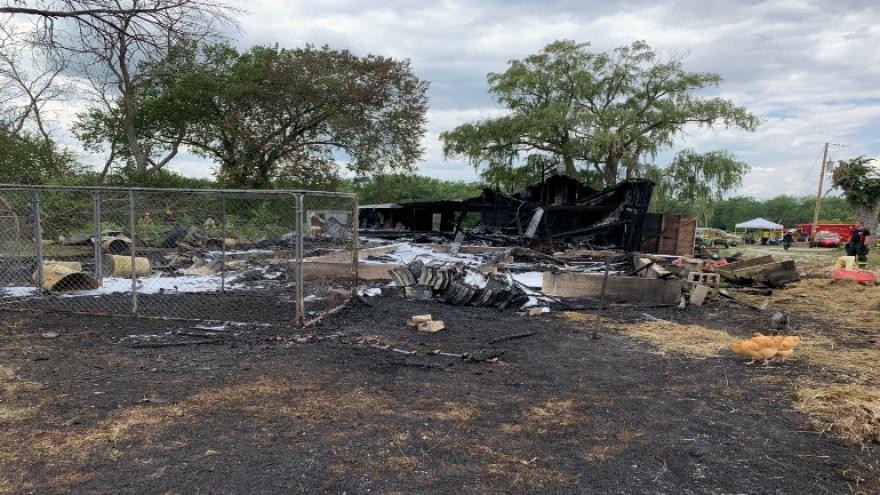 UNION GROVE, Wis. (CBS 58) -- A Racine County barn is a complete loss and two goats are dead after a fire on Monday, Aug. 2.

The Racine County Communications center received a call at 10:37 a.m. from a citizen who was driving by a residence in the 19800 block of Spring Street. The caller said a barn was on fire nearly 100 feet from a home. Officials say the citizen was unable to make contact with anyone in the house.

Upon deputy's arrival, the barn was fully engulfed. Officials say the homeowner was not home.

The Racine County Sheriff's Office and multiple fire departments responded to the scene.

Officials say the homeowner had just recently burned brush in a burning pit where hot embers fell onto the grass. Due to dry conditions and winds, the fire spread to the barn.

The barn and the contents inside were a complete loss. Officials say two goats were also killed in the fire.

Spring Street was closed for three hours between Highway 45 and Ganser Road due to law enforcement and fire personnel.