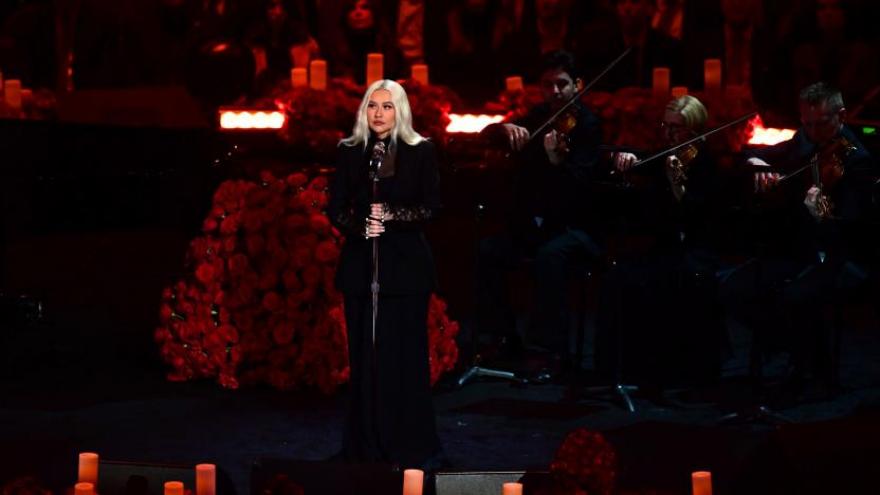 US singer Christina Aguilera performs during the "Celebration of Life for Kobe and Gianna Bryant" service at Staples Center in Downtown Los Angeles on February 24, 2020. Two families of people who died in the helicopter crash with Bryant and his daughter have filed wrongful death claims against the company that owned and operated the aircraft.

(CNN) -- Two families of people who died in the helicopter crash with Kobe Bryant and his daughter have filed wrongful death claims against the company that owned and operated the aircraft.

The new lawsuits were filed on Sunday by the families of crash victims Christina Mauser, as well as John Altobelli, his wife Keri and their daughter, Alyssa, 14.

The lawyer representing both the Mauser and Altobelli families filed separate complaints for damages claiming Island Express Helicopters was negligent and careless.

A representative for Island Express Helicopters told CNN that the company does not comment on pending litigation.

Nine people were killed in the January 26 crash in Calabasas, California. The helicopter, which crashed into hilly terrain in foggy conditions, was transporting its passengers to the Mamba Sports Academy in Thousand Oaks, California, for a youth basketball game.

Vanessa Bryant, the widow of the NBA legend, filed a lawsuit against Island Express in February, the day of the memorial service for Bryant and their daughter, Gianna.