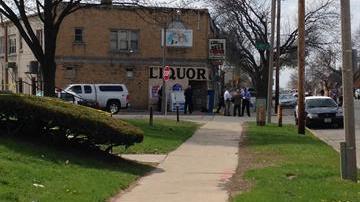 MILWAUKEE - Police are investigating a triple shooting on the city's northside. It happened early Sunday afternoon outside of a liquor store at 11th and Atkinson. Police say a 31 year old man was pronounced dead at the scene. A 49 year old man died at the hospital from his injuries. A 48 year old man is listed in stable condition with gunshot wounds at the hospital. Police haven't released a motive for the shooting and they continue to search for suspects.