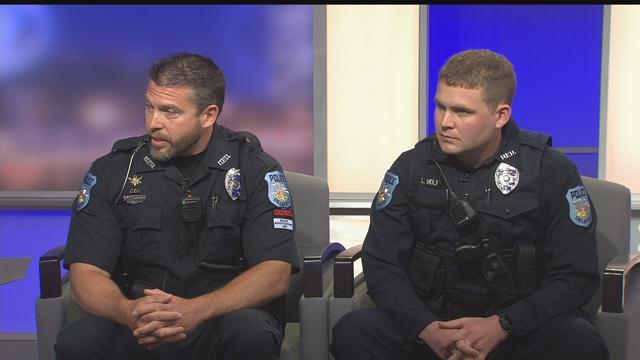 Two Delafield police officers will be honored with life saving awards for their actions at two separate car crashes.

On Monday, Officer Dan Bloedow and citizen Brent Simcich will be recognized at the Common Council meeting for their efforts at a crash on Genesee on Wednesday, May 18. Officer Bloedow responded to the crash where Simcich was working as a traffic controller for the Genesee Street reconstruction project. Simcich was able to free the victim from the wreckage.  Although that person had no pulse and was not breathing, Officer Bloedow began CPR. The man was eventually revived and taken to a local hospital where he survived his injuries.

In July, Officer Lucas Wolf will be recognized at a Common Council meeting for his efforts at a car accident on Highway 83 on Friday, May 27. Wolf responded to the single car accident where several people had already started lifesaving actions. Wolf, who has less than one year of experience in law enforcement, took command of the scene, directed bystanders, began CPR and deployed the AED he had in his patrol car. This was done despite the fact that the driver also had no pulse and was not breathing. Ultimately, the driver was revived and transported to a hospital, where he recovered from a severe cardiac incident experienced while driving, before to the crash.