Two Deaths in Milwaukee Suspected to be Heat-Related 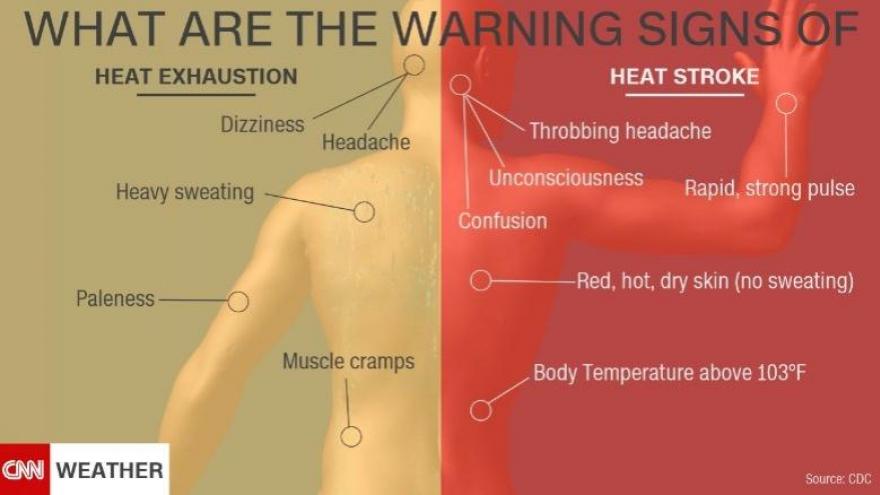 CBS 58—Two deaths in Milwaukee are being investigated as heat-related.

“The city of Milwaukee, like many urban areas, suffers from a heat-island effect,” said Paul Biedrzycki, with the City of Milwaukee Health Department. “Lots of concrete, asphalt, heat absorbing materials that collect and absorb heat.”

The suspected heat death first happened around 11 Wednesday morning. Tony Raybon was found by his wife in their home-a second story of a duplex.  According to the medical examiner reports the 60-year-old had a body temperature of 103 degrees. Raybon’s wife tells CBS 58 news they do not have air conditioner, only a fan.

“Ceiling fans can be helpful if it's a combination with air conditioning,” Biedrzycki said. “But ceiling fans that just push around hot, humid air, really aren't having a cooling effect. It's really more of a confection oven. so you’re just pushing around hot air and almost baking in some ways.”

The second death happened Wednesday night. Peter Bryfczynski was walking near Miller Park, where he works, and collapsed. Reports show the 54-year-old’s body temperature was 109.4 degrees.

The Milwaukee Health Department says people over 50 and young kids are most susceptible to heat related illness and death, and chronic diseases and certain medications can increase the risk.

“Another risk factor, unrelated to the deaths we're reviewing now, are people that are socially isolated and that includes the elderly,” Biedrzycki said. “So people need to check up on their neighbors.”