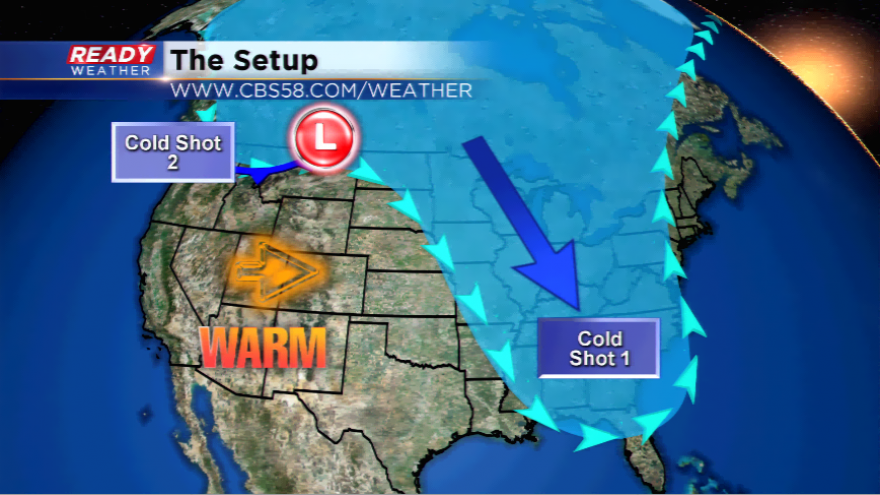 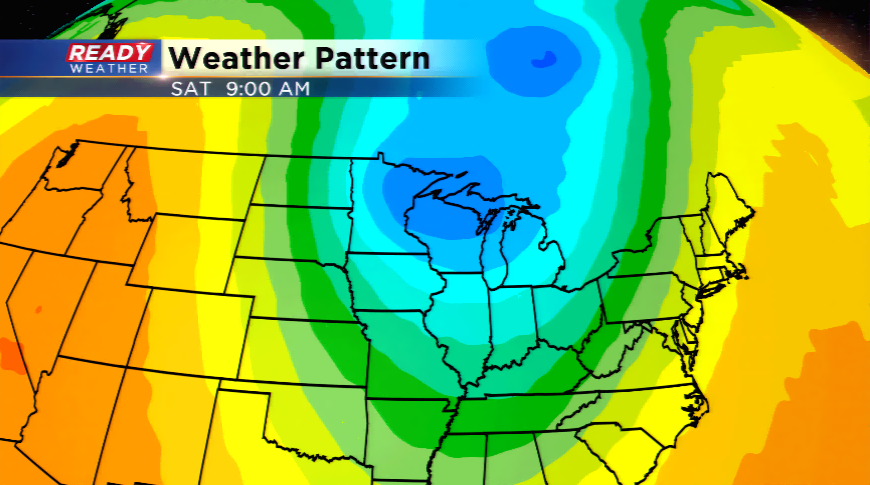 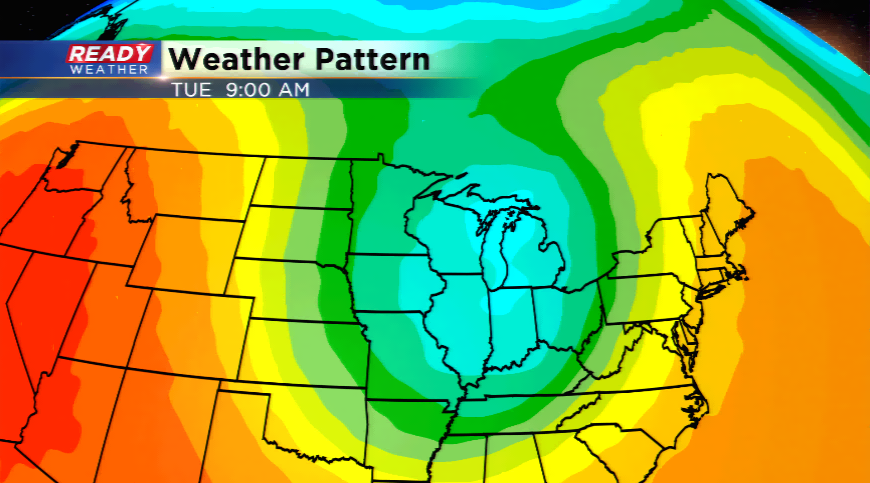 The record-setting pace of warm temperatures in October will come to an end this week.  The first 23 days of October in Milwaukee has featured temperatures almost 10 degrees above normal for the average.  Friday's high was 80 while Saturday's daytime high soared into the mid-70s.

An abrupt pattern switch is going to send two shots of cold Canadian air into the Badger State over the next several days.  The first plunge of cold takes place early this week as the winds will pick up dramatically Tuesday behind a cold front and highs for some locations won't make it out of the 40s.  The coldest high so far this season is 59 degrees.  It could be ten degrees colder for our cooler spots tomorrow for highs.  With the cold air wrapping 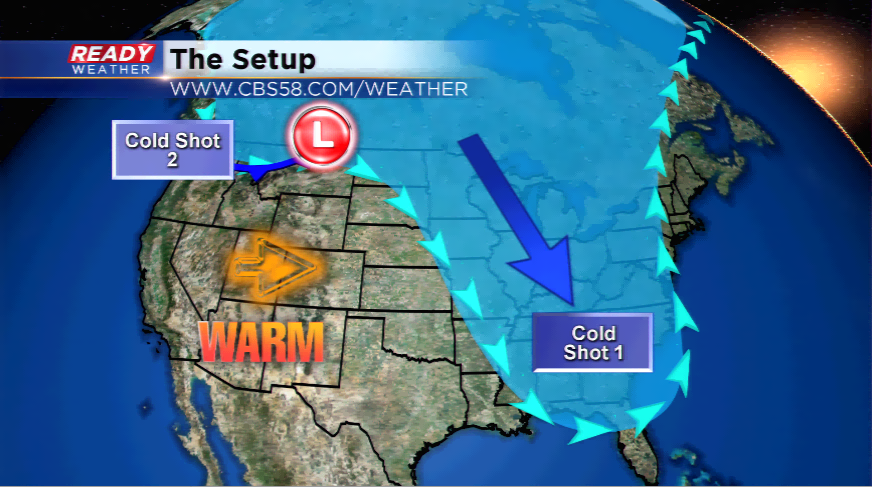 Southeastern Wisconsin will not see flakes flying with the first shot of cold air, but the second is a different story.  Another blast of cold late this week will send the temperatures plummeting into the low 40s by Friday and Saturday.  With more moisture circulating around low pressure Saturday, coupled with the cold temperatures aloft and at the surface, the region could see flurries or snow showers.  At this point, accumulating snow is not expected. 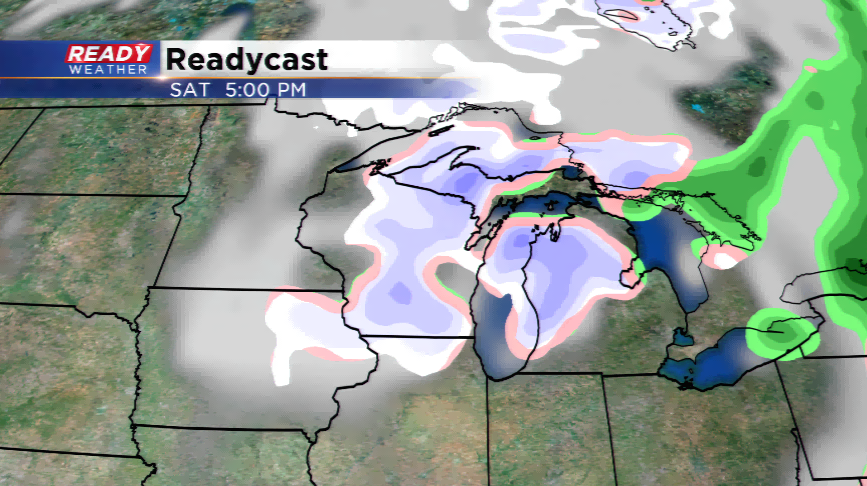 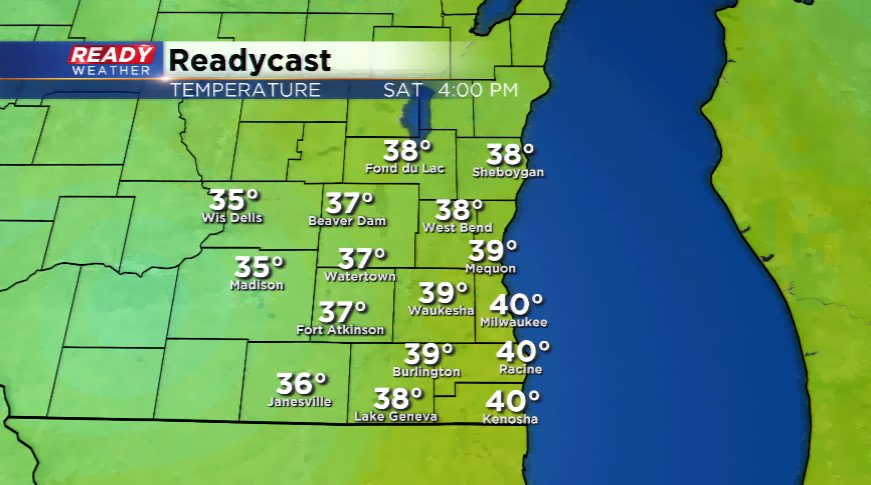 Frost is almost a certainty with this weather pattern with lows falling into the 30s Tuesday night, Wednesday night, and this weekend.  A coldest locations will likely see upper 20s by Sunday morning for overnight lows.