According to West Allis police, the first incident happened at 12:07 a.m. near S. 60th St. and W. Burnham St. Officers attempted to stop the car, but the car did not comply and drove recklessly at high speeds through a nearby alley. The car continued onto Greenfield Ave. and eventually stopped in a gas station parking lot.

The 17-year-old driver got out of the car and attempted to run away but was arrested without incident.

Authorities say a crash occurred around 12:49 a.m. Police say an officer attempted to catch up to a car speeding near S. 60th St and W. Burnham St. Police say the car continued to increase its speed and the officer was unable to catch up. The car was located near S. 60th St. and W. National Ave. where it had crashed into a fire hydrant, tree and sign.

A passenger in the car complained of injuries. The 24-year-old driver was arrested on suspicion of OWI causing injury and possession of cocaine.

WEST ALLIS, Wis. (CBS 58) – Two cars crashed a block away from each other early Wednesday morning.

A CBS 58 crew on scene says one of the crashes happened near 60th and Greenfield. The other crash was reported at 60th and National. It is not known if anyone was hurt or taken into custody.

Police have not released any details on either incident at this time. 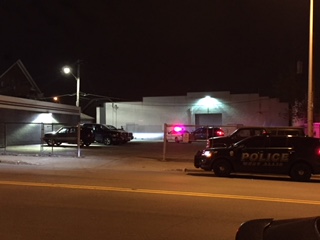