Two alarm fire sends one to the hospital Sunday morning 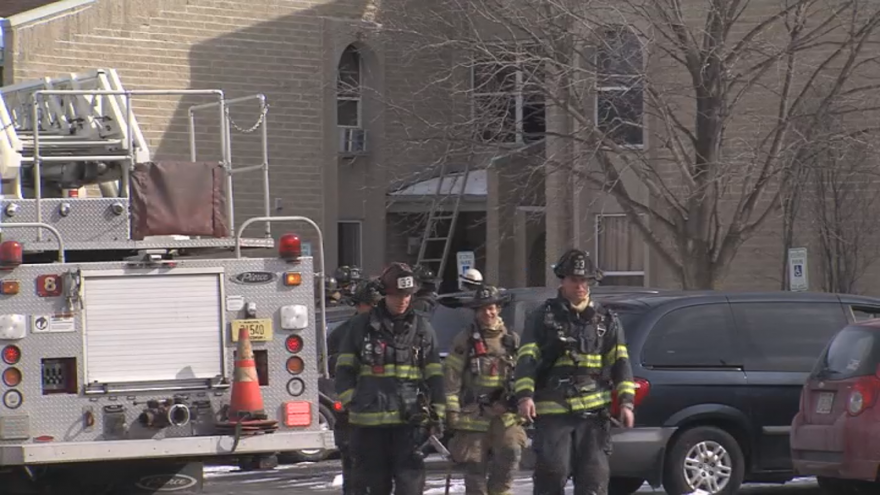 MILWAUKEE, WI (CBS 58) -- One person was taken to the hospital following a two-alarm fire in an apartment complex on Milwaukee’s south side Sunday morning.  According to authorities, that person is being treated for a mild case of smoke inhalation.

The fire was reported around 9:30 in the Layton Grove Apartments on W Layton Avenue, just west of S 20th Street.    According to the Milwaukee Fire Department, when firefighters arrived they saw several residents hanging out windows as heavy smoke was coming from the 2nd floor of the three floor brick building.   Some of the residents said they encountered thick, black smoke as they made their escape from the building.  Firefighters quickly evacuated the building and all occupants were accounted for.  Officials said there were working smoke alarms throughout the building.

Two people were treated by medical units on scene and the one person was transported to the hospital.

Fire damage was confined to one apartment, but authorities said there was smoke and water damage to other areas of the building.    The dollar amount of damage has not been determined.