As many as 45 people displaced by two-alarm apartment fire 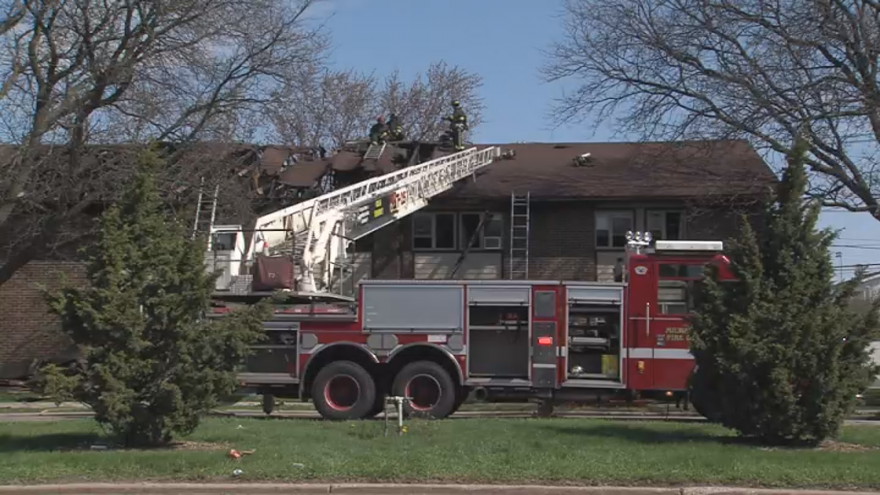 MILWAUKEE, WI (CBS 58) -- The Red Cross has opened a shelter in the Redemption Lutheran Church on N Mayfair Road for the victims of the Hampton Avenue apartment fire.  The Red Cross said  that anyone displaced by the fire can come to the shelter for a , food and other resources.

MILWAUKEE, WI (CBS 58) -- As many as 45 people are being assisted by the Red Cross following a fire in an 16-unit apartment building at N 46th and W Hampton Avenue this morning.   According to a Red Cross spokesman, some of the residents are being allowed back into the building to collect some belongs while volunteers attempt to secure shelter for the residents who were displaced by the fire.  The cause of the fire is accidental.

When firefighters arrived they discovered several of the residents trapped on the second floor of the structure due to heavy smoke in the hallways.   Ladders were used get the trapped residents out of their apartments.  One person received a minor injury, which was treated at the scene.  The person declined transport to the hospital.

According to the MFD, the fire started in a 2nd floor unit of the building and extended to the apartments on either side, as well as the attic, causing a partial collapse of the roof.   Firefighters were able to get the fire under control within 10 to 15 minutes of arriving on scene.

Fire damage to the building was contained to the three apartments and the attic.   However, there is smoke and water damage throughout the building.   While there is no firm dollar figure of the loss, the damage is expected to be at least $100,000.   The cause of the fire is under investigation.

The Red Cross was called to assist the residents who were displaced by the fire.  At this time it is believed 10 adults and 5 children are being assisted by Red Cross volunteers.

MILWAUKEE, WI (CBS 58) -- The Milwaukee Fire Department is on the scene of a two alarm fire in an apartment building at N 46th and W Hampton Avenue.   The fire was reported around 8:35 AM.  According to MFD officials, the initial reports were that there were people still inside the building as firefighters arrived.   Crews are working to clear the building and fight the fire now.