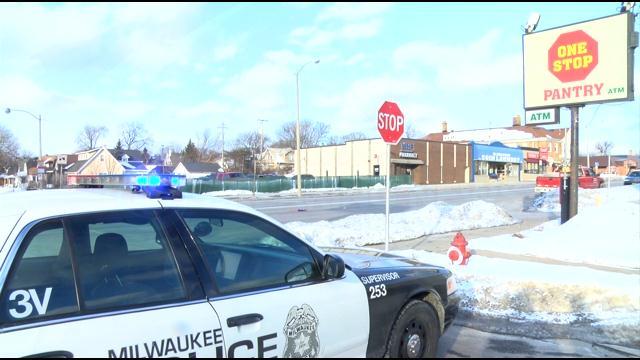 Both girls were transported to a local hospital for treatment of serious injuries.

The 29-year-old driver of the truck remained at the scene of the crash, and is cooperating with police.

Bluemound Rd. was closed from 61st St. to 63rd St. while police investigated during the afternoon.

Milwaukee Police say the girls injuries were not life-threatening.

Rose Davis works at the George Webb restaurant on Bluemound Road, and says she saw the aftermath of Tuesday's crash.

Davis says more is need on that stretch of road to make it safer for pedestrians.

\"I be trying to cross that street and it's too much traffic for me. Cars go a little bit too fast for me. So I stand out there for 15 minutes to get across the street\", said Rose Davis. \"It's very sad. These little kids should be able to cross the street. It should be a stop sign there or something there or the traffic needs to slow down some.\"