Twitter Fills with Frustration over Nintendo Classic at Walmart 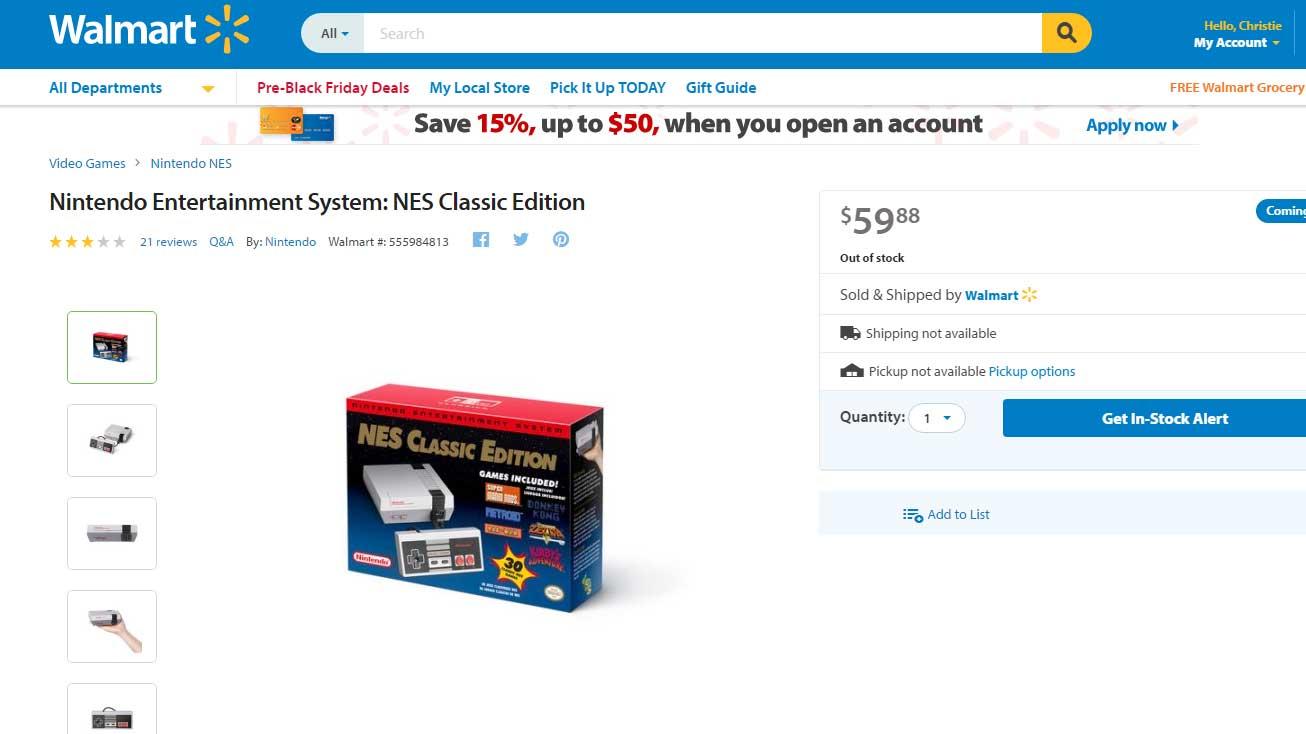 Walmart is selling every day this week the Nintendo Classic gamin system at 4:00 PM central time online, according to CNET.

The gaming system sold out immediately on Monday when it was released.

Many took to Twitter on Thursday out of frustration after not being able to purchase.

@Walmart come on. I was signed in and ready to purchase the NES classic and you just happen to sign me out when I go to check out? Horrible!

Screw you @Walmart. Add to cart should secure your purchase. Every time. @NintendoAmerica #NESMini pic.twitter.com/SqckpuD9hp

That moment when you have an NES Classic in your cart only to be told at checkout you did not get it. Thanks @Walmart pic.twitter.com/P4MNIW4bK7

Trying to buy a nes classic @ Walmart. com +immediately at 5 I get one in my cart and my wife calls not 1 but 3xback to back. Now sold out????

If you are looking at other stores, Target Corporate said to CBS 58 the company plans to release more Nintendo  at local stores up through Christmas.