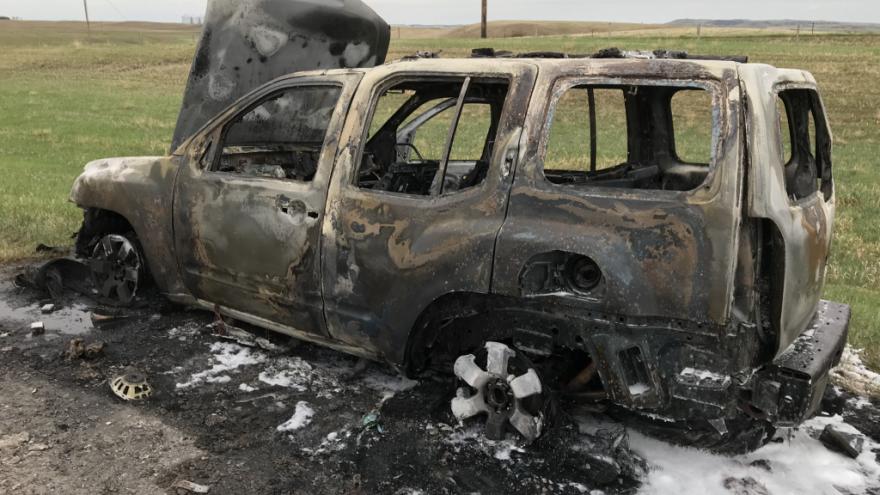 MINNEAPOLIS (WCCO) – A 21-year-old Twin Cities man told authorities in North Dakota that he saw flames coming from his cell phone charger minutes before his vehicle was engulfed in flames.

The North Dakota State Patrol said that Trevor Susla, of Chanhassen, was driving Friday night on eastbound Interstate 94, near Mandan, when he noticed a fire in the center console of the Nissan X-Terra he was driving.

Susla immediately pulled over and got out of the vehicle. The flames spread to the rest of the SUV in just minutes.

Fire crews responded and put out the fire. The X-Terra was completely destroyed.

Neither Susla nor the firefighters were hurt by the flames.