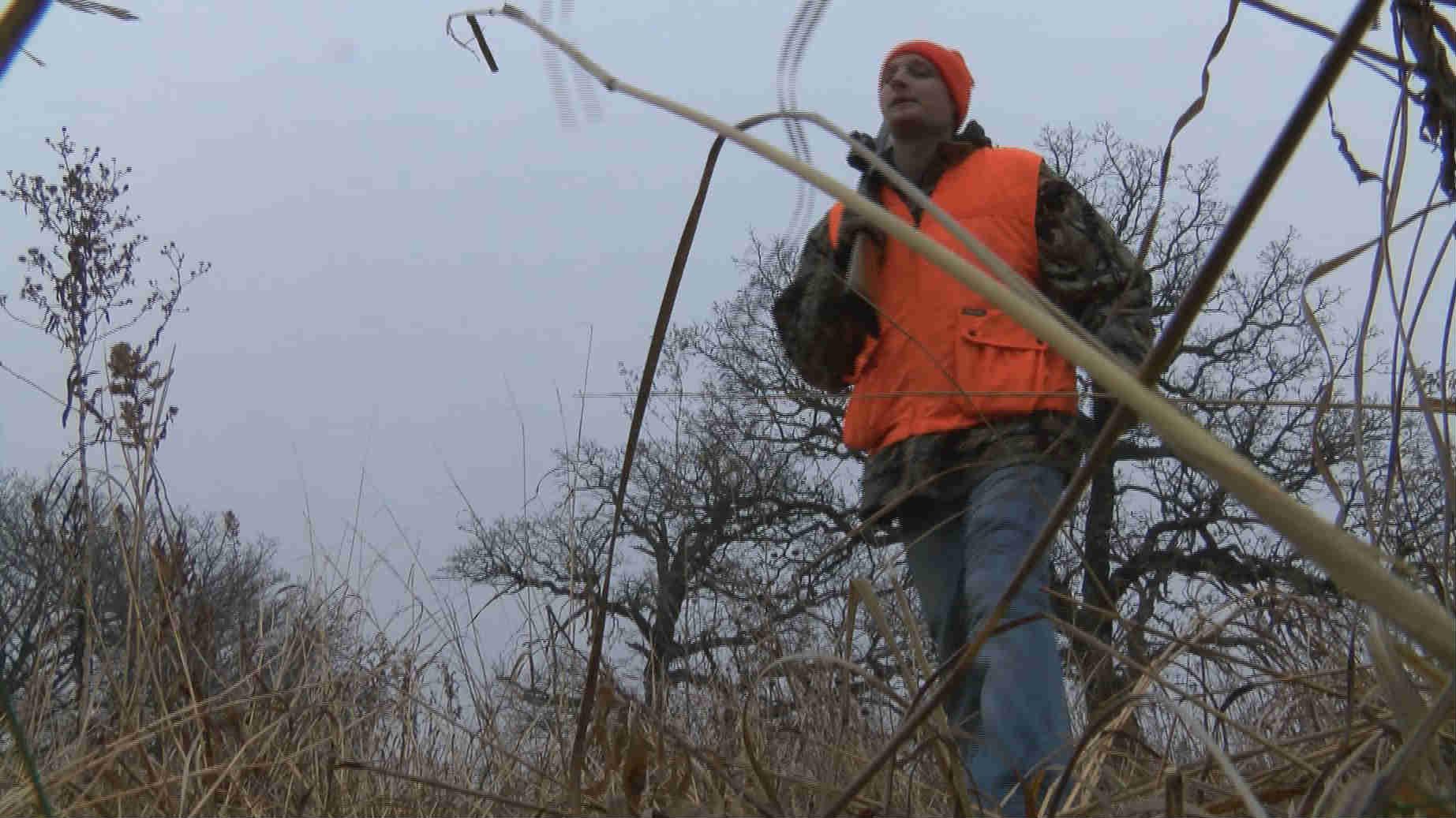 The gun deer season opener Saturday started with rain and warmer temperatures around southeastern Wisconsin.  For East Troy's Sarah Mangless, it also started with some luck.

The 12-year-old hunter nailed her first deer (a doe) in the first two hours of the hunt.

\"The deer looked away, [Sarah] got her gun out quick and shot it right in the heart,\" proud father Jeff Mangless said.

Sarah has hunted duck and turkey before, but this was her first gun deer season.

\"I am one of the few girls in my grade who do hunt, but I think it's just fun hunting and I like doing it,\" Mangless said.

Across Wisconsin, more than 600,000 hunters will join the Mangless family over the nine-day season.

\"Last year, most hunters were reporting they couldn't even last more than two hours out in the woods and this year, certainly much more pleasant conditions,\" DNR Wildlife Supervisor Tim Lizotte said.

Lizotte helps the DNR collect data on the deer population as hunters register them.  He worked from a station at a Citgo in Eagle Saturday.  Through opening day he saw \"average\" totals in Waukesha County and plenty of happy hunters.

\"Seeing [Sarah] smile, her enthusiasm, her happiness with getting out and enjoying the tradition of deer hunting, that's the best part.\" Lizotte said of his work.

Though that tradition is still the same, some rules have changed.

Drake says there used to be 119 deer management units across Wisconsin. Now there are 72 -- one for each county -- plus several metro subunits.  Tagging and transportation rules changed too, but safety has always stayed the same.

\"We don't care how many deer you get, how big a deer it is as long as you come home safely,\" Drake said.

Although bringing home your first deer on the first day certainly doesn't hurt.

\"I have two other older daughters, 14 and 16,\" Jeff Mangless said.  \"One doesn't hunt and the other one hunted a couple minutes and then quit, so this was my last hope for my hunter. I think a hunter is born.\"

You can find a link to the DNR's rule changes here