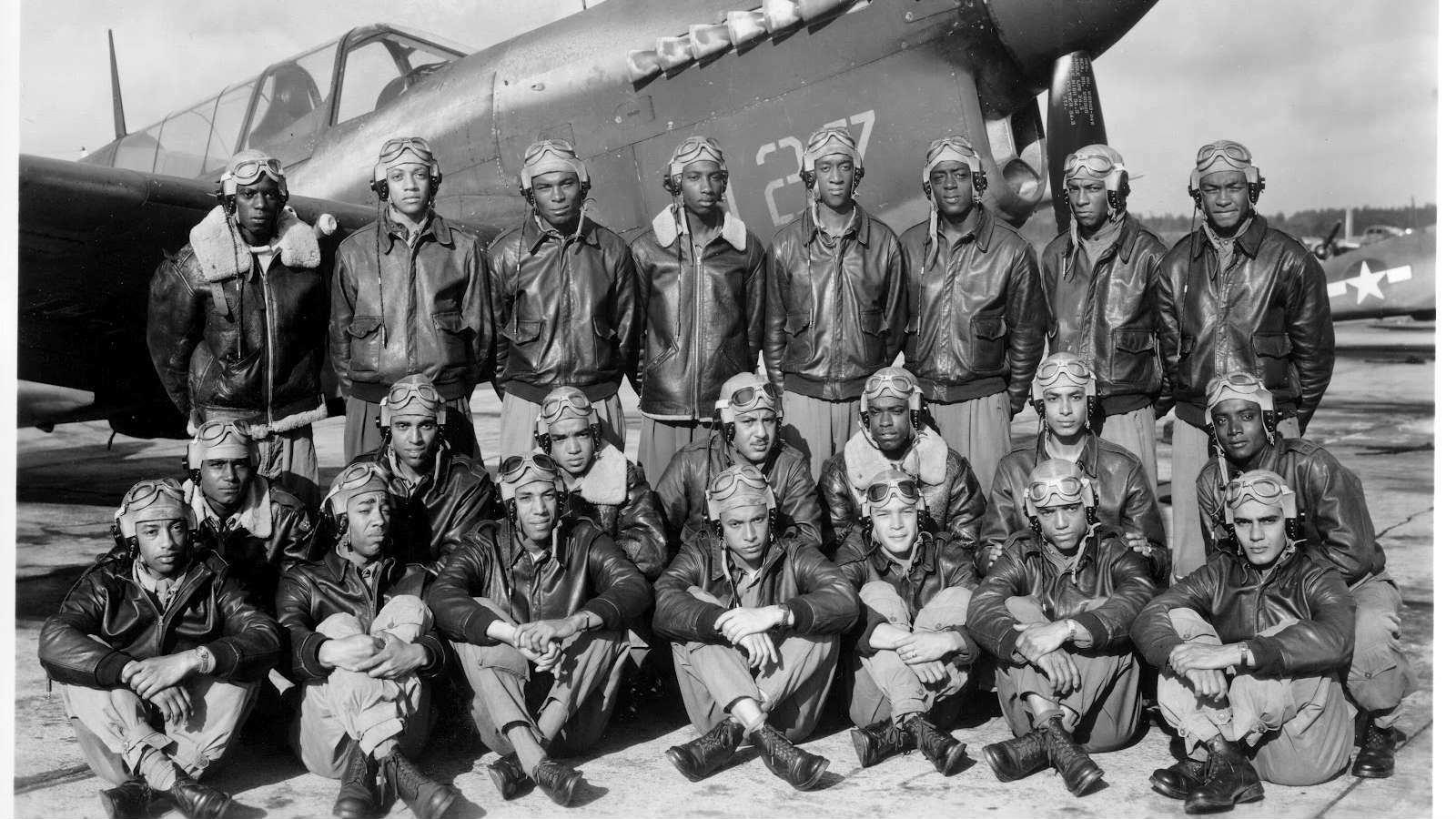 Clarence Huntley Jr. and Joseph Shambrey both died in Los Angeles on January 5. Their deaths were confirmed by Craig Huntly, Clarence Huntley's nephew.

The two men, who were lifelong friends and born within six weeks of one another, were 91.

\"They were friends before they joined the Army,\" said Huntly. (The different spelling is deliberate, he said, a product of family tinkering.) \"They didn't go to school together, but in the black community in Los Angeles, mostly everybody knew everybody.\"

There are no concise numbers for the total number of Tuskegee Airmen, the first African-American military aviators in the U.S. service corps. The group is generally said to consist of anybody who went through the \"Tuskegee Experience,\" the Army Air Corps program established to train African-Americans for the war effort, according to Tuskegee Airmen Inc., a group devoted to the history of the Airmen.

\"The Tuskegee Airmen included pilots, navigators, bombardiers, maintenance and support staff, instructors, and all the personnel who kept the planes in the air,\" the group's website states.

Ron Brewington, a historian of the Airmen, estimates that there are 200 known survivors left of the Tuskegee Experience, though the number may be higher. There are just 20 left in the Los Angeles chapter; three have died in the past three months, said Brewington.

Given that trainees went through the program from 1941 to 1949, it's a safe assumption that any survivors are in their 80s or older today -- and like other World War II veterans, their numbers are dwindling. As of July, about 1 million World War II veterans were still alive, of the 16 million who served. According to the Veterans Administration (PDF), about 400 die every day.

\"These guys and gals are in their 90s,\" observed Brad Lang, a leader of the CAF Red Tail Squadron, another organization devoted to spreading the word about the Airmen. Brewington said that one Airman he knows of is 105, the oldest known living Airman.

Clarence Huntley trained as a mechanic and was crew chief of a plane called Skipper's Darlin' III. In 2011, he had a chance to sit in the P-51 red-tailed Mustang that the CAF Red Tail Squadron takes across the country, the first time he'd sat in the cockpit of a Mustang in decades, CAF Red Tail's newsletter observed back then.

What's more, \"he was wearing the same jacket he wore\" in a 1944 photograph of himself in the plane, the newsletter said.

Lang recalls that Huntley had a spring in his step, hopping into the cockpit like a much younger man. Lang flew the plane in for \"Uncle Buddy,\" as Huntley was called.

Huntly, the nephew, said his uncle was proud of his service, though \"he didn't talk about it much.\" Just 19 when he enlisted, Huntley saw the brutal segregation of Alabama -- much different than the culture he left in Los Angeles -- and the bombing of an Italian airfield where he was stationed. He also saw the 1944 eruption of Mount Vesuvius, the last time that famed volcano blew.

He spent his post-military career as a skycap at Los Angeles International and Burbank airports.

Shambrey was a supervisor for the Los Angeles County Department of Parks and Recreation. A call to his son, Timothy, hadn't been returned at publication time.

Their example, and that of so many others, is important to acknowledge, said Brewington, who served 22 years in the Navy.

\"The passing of the Airmen makes our mission all the more important to carry on so their story is not lost but continues to serve as a legacy of inspiration,\" said CAF Red Tail administrator LaVone Kay.