Turkey wants NBA player arrested, accuses him of being a terrorist 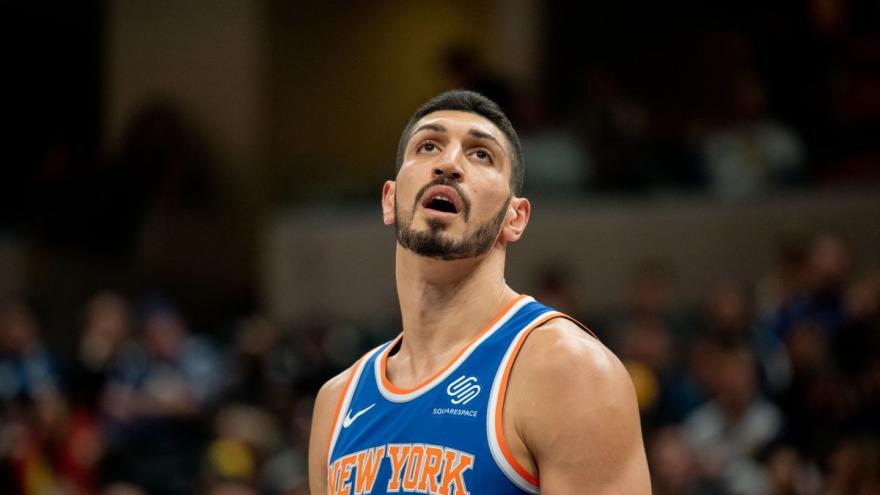 (CNN) -- Turkey has put in an extradition request and requested an Interpol red notice for the arrest of NBA star Enes Kanter, according to Anadolu, a Turkish state news agency.

The news agency report says New York Knicks center Kanter is suspected of being part of a terror organization. According to a Turkish official with knowledge of the request, it is the first time Turkey issued an extradition or red notice request for the NBA player.

Interpol did not immediately respond to CNN's request for comment as to whether it had received an extradition and red notice request from Turkey. However, according to Interpol's website, no red notice has been issued for Kanter.

The report from Anadolu says that Istanbul chief prosecutor's terror and organized crime bureau prepared the extradition request and red notice, citing Kanter's ties to Turkish cleric Fethullah Gulen, who has lived in self-imposed exile in Pennsylvania for nearly 20 years.

Gulen has been accused by Turkey President Recep Tayyip Erdogan of masterminding a failed 2016 military coup against him -- a charge he has denied.

Kanter responded on Twitter on Wednesday, tweeting, "Turkish Government can NOT present any single piece of evidence of my wrongdoing. I don't even have a parking ticket in the US (True). I have always been a law-abiding resident."

Kanter later followed up with a tweet saying, "The only thing I terrorize is the rim."

CNN has reached out to the Knicks and the NBA for comment on the report. The Knicks play the Washington Wizards in this year's NBA London game on Thursday at The O2.

Kanter announced earlier this month he would not travel to London with the team because he feared he could be assassinated. The Turkish native is a critic of Erdogan.

Kanter told CNN's Hala Gorani last week that he is a supporter of Gulen, and does visit him every two or three weeks in Pennsylvania where he lives. He says Gulen is trying to bring universal peace to this world.

"I would love to go to London," he said. "It's just very sad because I'm scared of my life because Erdogan's operation in (a) foreign country. The operations are very famous (for) hunting down people who are speaking out against the government."

Asked when he anticipated he would feel safe to travel outside of the US, Kanter -- who is set to become a US citizen in two years' time -- said: "First, I would love to say I appreciate all the New York Knicks fans and our American people that show me all the support because now I feel like an American because I'm here, I'm going to become an American citizen in 2021, but right now, besides America, I don't really feel safe anywhere else in the world."

Last week in response to Kanter's remarks, Hidayet "Hedo" Turkoglu -- a former NBA player who is now a chief adviser to Erdogan -- described Kanter's most recent remarks as "irrational."

"Such remarks constitute another example of the political smear campaign Kanter has been conducting against Turkey ... It is obvious that this person's remarks are irrational and distort the truth."

A Knicks official had told CNN that the decision not to travel to London was based on visa issues, but Kanter said he had explained the situation to his team and that they now understood.

"The NBA has played hundreds of games outside of the US and this is a very unique and unprecedented situation," NBA spokesman Michael Bass said in a statement to CNN.

This is the 91st NBA game played in Europe. It will be broadcast in more than 200 countries and territories around the world.