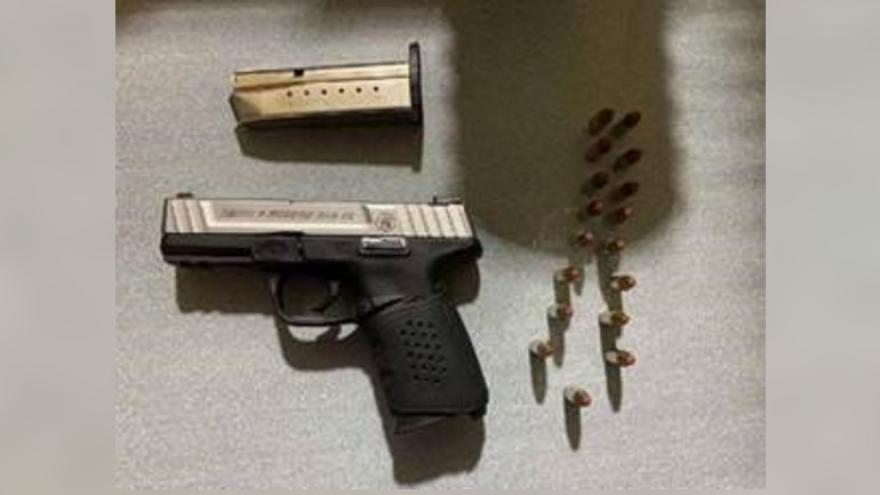 A TSA officer spotted the image of a handgun during a routine X-ray screening around 9 p.m. and TSA officials immediately alerted the Milwaukee County Sheriff's Office.

The firearm was loaded with 17 rounds, one chambered.

The traveler, a West Allis resident, had a concealed carry permit. A deputy responded to the checkpoint, escorted the passenger to the airport sheriff's substation and issued a citation.

Officials say this is the third gun stopped at MKE in nine days.

“Gun owners need to know that we mean business when we detect a firearm at a checkpoint,” Wisconsin TSA Federal Security Director Mark Lendvay said. “We take it extremely seriously when our officers stop a traveler with a gun or any other prohibited item during the screening process. Guns are never allowed on flights.”

TSA may impose civil penalties of up to $13,910 per violation per person. A typical first offense for carrying a loaded handgun into a checkpoint is $4,100.

Altogether, 15 firearms have been detected at Mitchell International this year. Sixteen were detected at security checkpoints in 2019, and 10 in 2020.

TSA has details on how to properly travel with a firearm posted on its website.