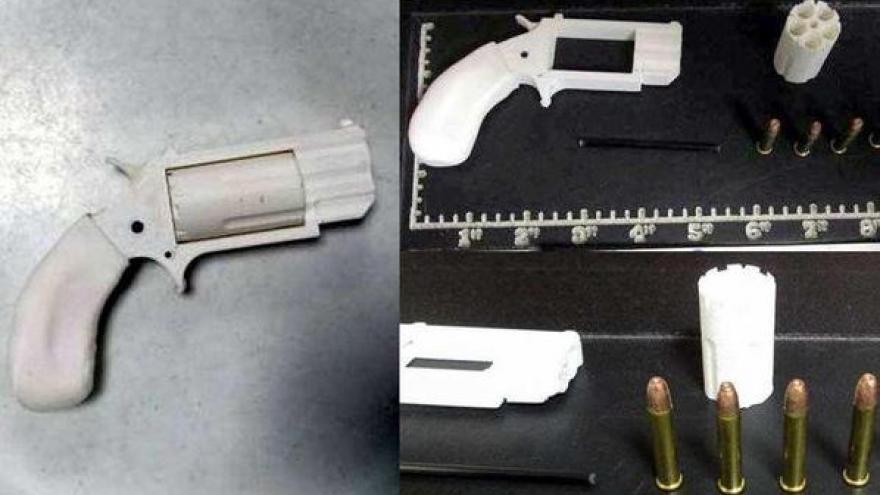 (CBS News) -- Among the thousands of firearms discovered at airport security checkpoints around the country in the past two years, a handful were created with a 3D printer. The TSA told CBS News transportation correspondent Kris Van Cleave there have been at least four incidents at checkpoints involving 3D-printed guns or parts of guns since 2016.

The statistic from the agency comes amid a court battle over downloading blueprints for 3D-printed guns. On Tuesday, a federal judge ordered a gun-rights organization to temporarily stop making such blueprints available.

The fight stems from eight Democratic attorneys general seeking to block a settlement the Trump administration reached with Texas-based Defense Distributed over the blueprints. The company made the blueprints available online Friday.

"TSA Officers are trained and on the lookout for 3D guns," TSA Assistant Administrator Michael Bilello said in a statement to CBS News. "We have proven detection capabilities and screening protocols in place. In the world of airport and aviation security, 'a gun is a gun.'"

In August 2016, TSA officers found a "3D printed realistic replica revolver" and five rounds of .22-caliber ammunition in a carry-on bag at Nevada's Reno-Tahoe International Airport, according to a summary of each of the four incidents released by the agency. The traveler voluntarily abandoned the items.

In May 2017, another 3D-printed firearm was found in a carry-on bag at Manchester-Boston Regional Airport in New Hampshire. That weapon also ended up being voluntarily abandoned.

In the two other incidents, in December 2016 and January 2018, 3D-printed parts of so-called assault-style weapons known as "lower receivers" were found in carry-on bags at Las Vegas' McCarran International Airport.

The overwhelming majority of weapons found at airport checkpoints are not made with a 3D printer. In January, the TSA said 3,957 guns were found in carry-on bags in 2017 at an average of 10.8 firearms per day.