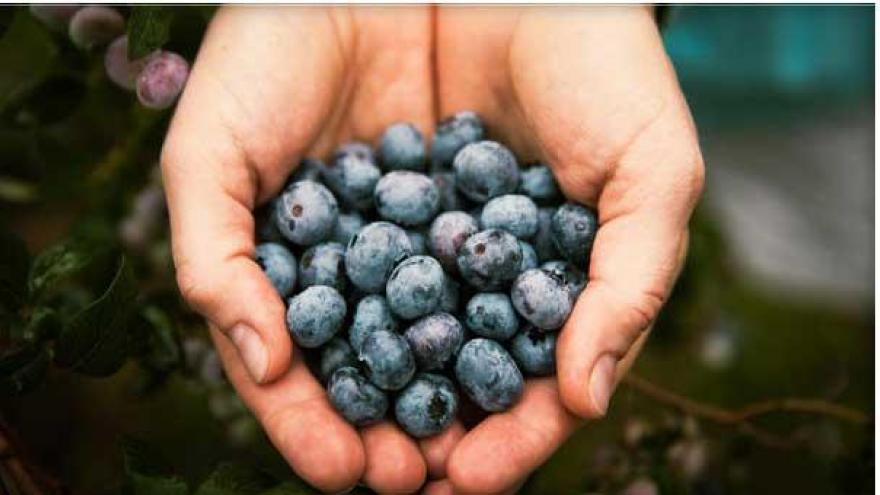 Bill Mortellite, the third generation of his family to grow blueberries in Hammonton, New Jersey, the self–described “Blueberry Capital of the World,” typically needs about 125 workers to harvest his 240-acre farm. This year, he thinks he will be lucky to find 10 pickers because many people are so worried about Trump’s tough talk on immigration that they don’t want to take the risk of working in New Jersey’s blueberry fields.

The Trump administration’s immigration restrictions “are going to push us out of business,” said Morterllite, whose operation is called Blueberry Bill Farms, in an interview, joking that “I hope Donald Trump comes to pick, because I would hire him.”

New Jersey is the country’s fifth-largest blueberry producer, generating $79.5 million in sales in 2014 (the latest data that’s available). Labor is a particularly dicey issue for the state’s berry farmers because most of their crop winds up in the fresh produce market. They prefer that berries be picked by hand because machines tend to sweep up green, unripe berries along with sweet blue ones, costing them sales and hurting profits.

Still, to be on the safe side Mortellite said he purchased a used mechanical harvest because of the potential labor shortage.

“We have three strikes against us,” he said. “The weather is not good. The market is not good and government policy is not good.”

As in other parts of the U.S, many of the field hands New Jersey farmers hire at harvest time come from Mexico, with Americans showing little interest in the grueling work. New Jersey’s blueberry season, which starts in June, lasts about four weeks. Growers are now trying to arrange with contractors to provide crews of migrant workers for the picking season.

Mr. Trump has made securing the border a focal point of his young administration. including a planned wall along the U.S.-Mexico border. He has vowed to step up deportations of undocumented immigrants, particularly those who have committed serious crimes.

Morterlitte’s views are shared by other blueberry growers.

“They are concerned that they won’t have enough people,” said Tim Wetherbee, head of the New Jersey Blueberry Industrial Advisory Council and a sales manager with Diamond Blueberry. “Every year it’s more difficult to field a team.”

According to the U.S. Department of Agriculture, about 50 percent of migrant farm workers in the U.S. lack legal authority to work, while non-profits that work with migrants estimate the problem at 60 percent or greater. Further complicating the picture for both U.S. and Mexican officials is the rampant use of fraudulent documents and the existing labor shortage that may be exacerbated by Mr. Trump’s crackdown.

The penalties for hiring an undocumented worker can be severe, with fines of as much as $16,000 for “knowingly hiring” a worker who is in the U.S. illegally. “Minor” technical violations, such as not having visa paperwork in order, can result in fines of $1,000 per employee. As a result, New Jersey blueberry growers say they take great pains to vet their workers properly.

“We are very cautious about that,” Wetherbee said. “They have to have the proper documents… If you get caught with an illegal, you are setting yourself up for trouble.”

However, that’s a risk that some farmers are willing to take.  As one grower who wished to remain anonymous noted, “We are so desperate for workers that we just take whatever we can get and let them go to work. We are going to go broke. Would you rather go broke or get in trouble?”

Alicia Kerber, Mexico’s consul in Philadelphia, told CBS MoneyWatch that the concerns of blueberry andn other farmers about finding enough labor is understandable. She estimates that twice as many Mexican citizens are contacting her office now than before Mr. Trump’s election because they are worried about running afoul of U.S. immigration laws.

“Many of the members of our community are thinking about getting back to Mexico,” she said. “They don’t like to feel insecure about what is going to happen with their lives.”

At least one member of the Trump administration has first-hand knowledge of New Jersey’s blueberry growers. White House adviser KellyAnne Conway grew up in southern New Jersey, went to high school in Hammonton and worked as a blueberry picker during summer breaks from school. She was also crowned New Jersey Blueberry Princess in 1982 when she was 18.

“We are certainly hopeful that she is going to be successful within the new administration,” said Denny Doyle, a spokesman for Atlantic Blueberry, the state’s largest producer. “Hopefully, everything is going to work out.”