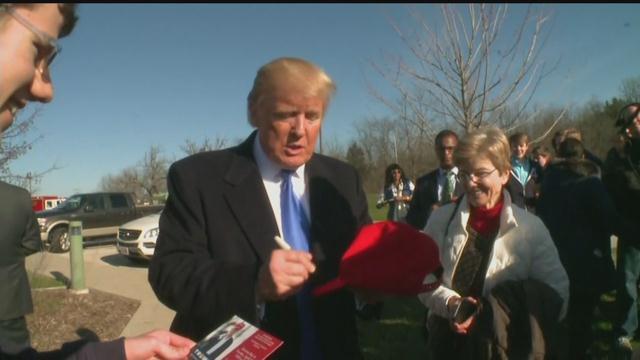 Inside the Islamic Society of Milwaukee, executive director Othman Atta knows Donald Trump isn't one to hold back.

So when he heard the attack on the mother of a fallen soldier, he wasn't surprised.

Trump accused the Muslim-American woman of not speaking at the DNC last week, because maybe her religion did not allow it.

"That is so condescending and offensive," said Atta.

Ghazala Khan has since said her son's death in Iraq in 2004 is still painful to talk about. It's a feeling thousands of American families understand.

"This is not Clinton versus Trump, this is the parents versus Trump and that's why its so heart rendering," said Mordecai Lee, UWM political science professor.

Lee said this controversy could cost Trump winning the state of Wisconsin in November. If he wants the issue to go away, Lee said Trump needs to stop talking and tweeting about it.

"You can visualize a 30 second TV commercial attacking him for this," Lee said.

Atta said the Khan's message was to show that you can be Muslim and a loyal American.

Programs at the Islamic Society of Milwaukee look to show the same patriotism in the community, so people can see past religion to reach a common American goal.

"We want the pursuit of happiness and stability and to make our country a greater country than it already is," Atta said.

Trump did tweet that Capt. Khan is a hero for his sacrifice, "but this is about RADICAL ISLAMIC TERROR and the weakness of our "leaders" to eradicate it!"

CBS 58 reached out to the Milwaukee County Chapter of American Gold Star Mothers, Inc. The president, whose son was killed in Iraq in 2006 said, "our hearts ache for all the families of the fallen and our pain is felt even more when our children's legacy is used for political gain."

Families of 23 fallen service members sent a letter to Trump demanding an apology, but Lee doesn't believe it's in Trump's character to do so.