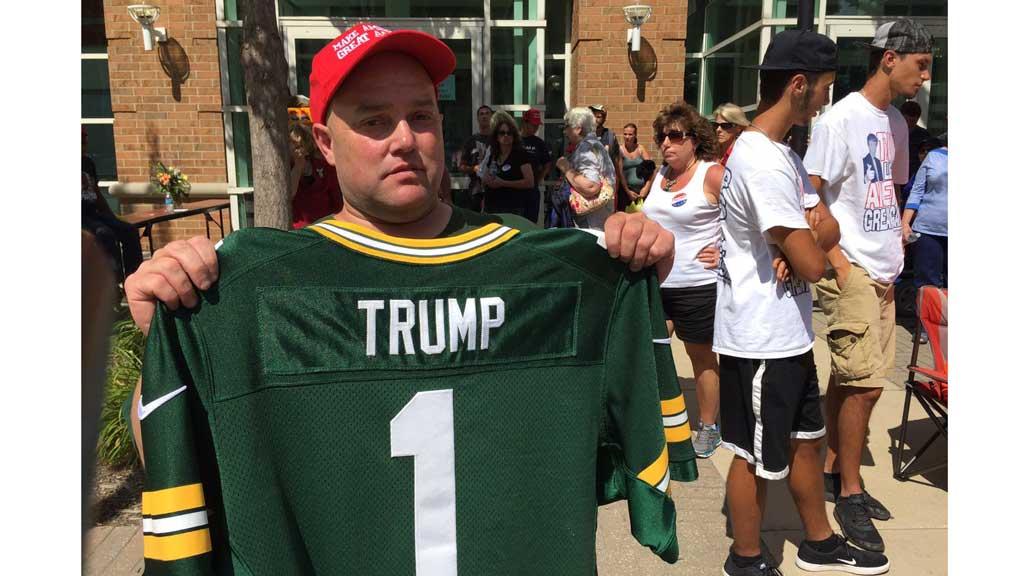 Some that waited for the Donald Trump rally said they were standing outside the doors for 11:00 AM for the 7:00 PM speech.

Many of the supporters CBS 58’s David Ade talked to said they're hoping Donald Trump endorses Paul Ryan, and then shifts his focus to talking about issues.

People here in Green Bay have different reasons for why they are excited to see trump later on tonight.

"This is a Trump jersey I got it, my idea at Lambeau. I'm special order them and it was just my idea, the first one I got was autographed by him,” said Albert Vedder.

"I'm willing to come here and donate $5000 today to Donald Trump foundation, and I'm encouraging all my other fellow company owners and corporate owners, across the land to do the same thing. To donate whatever you can to fight this Clinton machine,” said Mike Mapes.