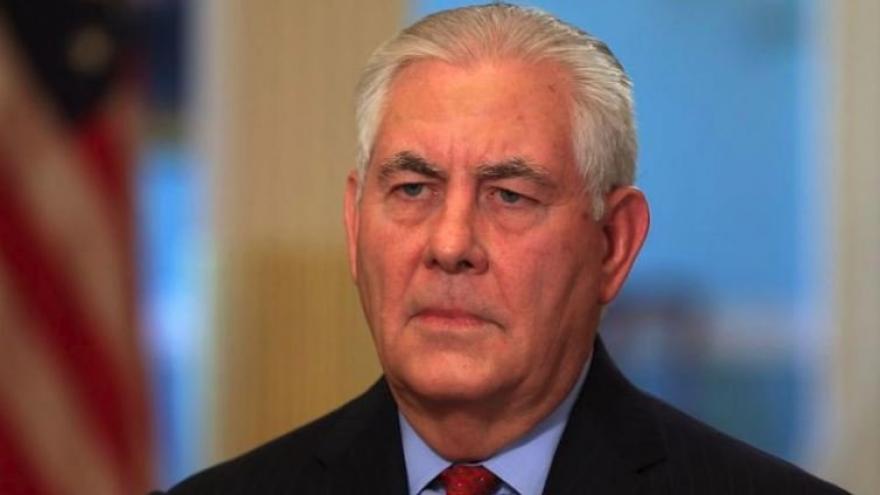 Mr. Trump tweeted the news of Tillerson's ouster, thanking Tillerson for his service.

News of Tillerson's departure from the State Department came as the Secretary arrived back to Washington after his overseas visit to Africa where he reaffirmed the U.S.- Africa relationship in spite of alleged vulgar comments made by the president about immigrations from African nations back in January.

Mr. Trump released a statement shortly before leaving for his trip to California saying he was "proud" to nominate Pompeo to replace Tillerson

"His experience in the military, Congress, and as leader of the CIA have prepared him well for his new role and I urge his swift confirmation," said Mr. Trump in a statement. He added, " want to thank Rex Tillerson for his service.  A great deal has been accomplished over the last fourteen months, and I wish him and his family well."

According to the White House, Gina Haspel, the Deputy Director of the CIA, will be nominated to replace Director Pompeo. If confirmed, she would become the CIA's first female director.

Pompeo said in a statement of the president's decision, "If confirmed, I look forward to guiding the world's finest diplomatic corps in formulating and executing the President's foreign policy."

He added, "In my time as Director of the Central Intelligence Agency, I have worked alongside many remarkable Foreign Service officers and Department of State leaders serving here in the United States and on the very edge of freedom. I know I will learn from them and, as President Trump set out in his State of the Union Address, work hard to ensure that "our nation will forever be safe and strong and proud and mighty and free."