Trump agrees to postpone State of the Union address 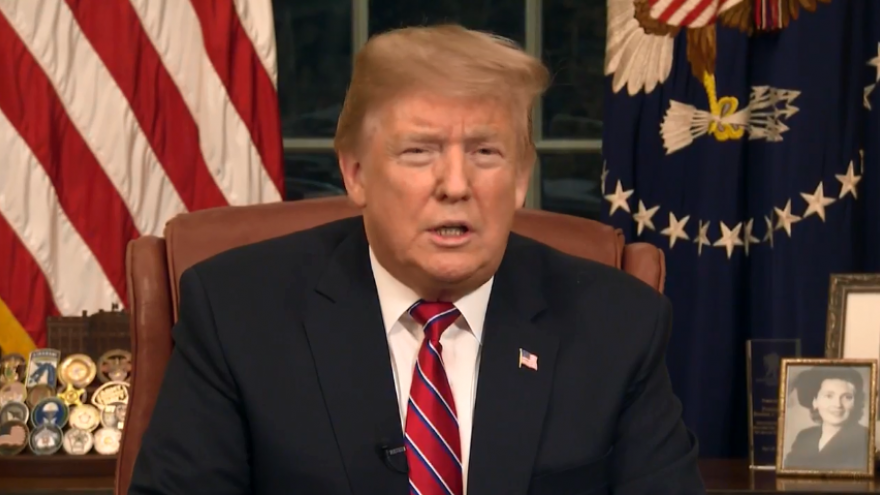 (CBSNews) -- Late Wednesday night, President Trump acceded to House Speaker Nancy Pelosi's request that he reschedule his State of the Union address until after the government shutdown ends. Hours after Pelosi informed the president that she wouldn't allow him to deliver the address to a joint session of Congress in the House Chamber while the government was shut down, the president issued a pair of tweets in which he said he'd wait, admitting the House chamber is an incomparable venue for the address.

"As the Shutdown was going on, Nancy Pelosi asked me to give the State of the Union Address. I agreed. She then changed her mind because of the Shutdown, suggesting a later date. This is her prerogative — I will do the Address when the Shutdown is over," Mr. Trump tweeted. "I am not looking for an ... alternative venue for the SOTU Address because there is no venue that can compete with the history, tradition and importance of the House Chamber. I look forward to giving a 'great' State of the Union Address in the near future!"

Pelosi was quick to react, tweeting very late Wednesday, "Mr. President, I hope by saying "near future" you mean you will support the House-passed package to #EndTheShutdown that the Senate will vote on tomorrow. Please accept this proposal so we can re-open government, repay our federal workers and then negotiate our differences."

Fox News Channel's Laura Ingraham characterized Mr. Trump's move on Twitter as a "Bad decision by @potus. Go to America and give the nation a #SOTU. Send the written form to petty Pelosi," then adding, "I'd do a three-part #SOTU. First in Detroit. Second at border. Third at Ellis Island."

Pelosi had written to Mr. Trump to say she wouldn't allow a concurrent resolution authorizing his address to come to the floor, after Mr. Trump told her he planned to speak next week, as originally invited. Last week, she asked the president to delay his annual address.

Mr. Trump told reporters Wednesday the speech had been canceled because Pelosi "doesn't want to hear the truth." He also said the Democratic Party had become "radicalized" and "very dangerous," and he accused Senate Minority Leader Chuck Schumer of being too submissive to Pelosi. He had also said there might be an "alternative," but now, he appears to have ruled out the idea of using another venue for the address.