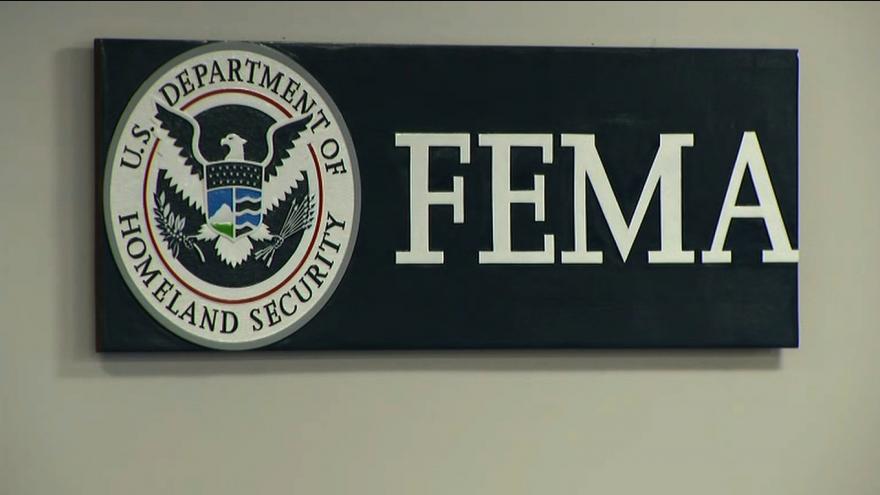 (CBSNews) -- Newly revealed documents show the Trump administration took nearly $10 million away from FEMA and other federal agencies to apparently pay for immigration detention centers. A spokesman for the Department of Homeland Security, the agency which FEMA is a part of, said under no circumstances was any disaster relief funding transferred from FEMA to immigration enforcement efforts.

Over the last year there have been questions about whether FEMA's resources are stretched thin as it responds to hurricanes and that's why that nearly $10 million is getting a lot of attention, reports CBS News' Jeff Pegues. Senator Jeff Merkley, a Democrat from Oregon who called the transfer a "scandal," first made the budget adjustment documents public.

More than $4 million of the funds from FEMA are listed as "response and recovery" or "preparedness and protection" in the request. But the document says "mission impact is minimized as FEMA will curtail training, travel, public engagement sessions, IT security support and infrastructure maintenance."

The 40-page report also says that without the transfer of funds "ICE will not be able to fulfill its adult detention requirements" this year.

In their response Wednesday morning, a spokesman for the Department of Homeland Security, said these funds cut from FEMA were from routine operating expenses, and could not have been used for hurricane response. DHS also says that under no circumstances was any disaster relief funding transferred from FEMA to immigration enforcement efforts.

Sen. Merkley spoke to MSNBC's Rachel Maddow Tuesday night about how he obtained the documents.

"It means that just as hurricane season is starting...the administration is working hard to find funds for additional detention camps, and of course this is all part of the child separation policy, and that's how this information came into my hands because of my work on the issue of trying to stop the child separations," he said.

The documents came to light as Hurricane Florence, called "the storm of a lifetime," emptied homes and hospitals in the Carolinas. More than five million people are now under hurricane warnings with the Category 4 storm expected to make landfall on Friday or Saturday.

Florence could cost the East Coast more than $170 billion and damage nearly 759,000 homes and businesses, according to analytics firm CoreLogic. That would make Florence the costliest storm ever to hit the U.S. in terms of property loss.