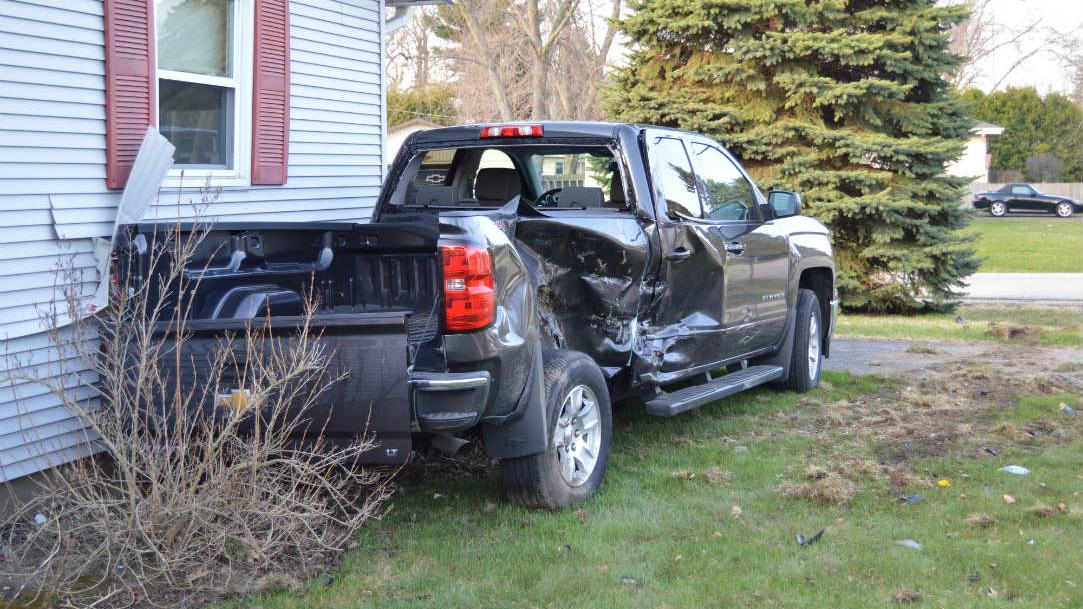 A couple in Caledonia got a wake up call they won't ever forget Friday morning, after their own car ends up slamming into their bedroom.

Pete Lackovich was cleaning up his yard on Friday, not because it finally feels like spring in Wisconsin, but because at around midnight his new truck was hit by a driver allegedly driving drunk.

The truck was pushed about 20 feet into Lackovich's home on Lone Elm Drive.

According to police 21-year-old Anthony Guetzlaff was drunk and driving when he lost control of his car near Lackovich's home.

The truck is totaled and a large crack was made in the house.

Guetzlaff is in Racine County Jail on two counts of operating while intoxicated, second degree recklessly endangering safety, and resisting/obstructing an officer.

Guetzlaff and his passenger initially fled the scene of the crash, but were later found by police hiding in some tall grass.

No one in Lackovich's home was injured and he said they are very lucky.