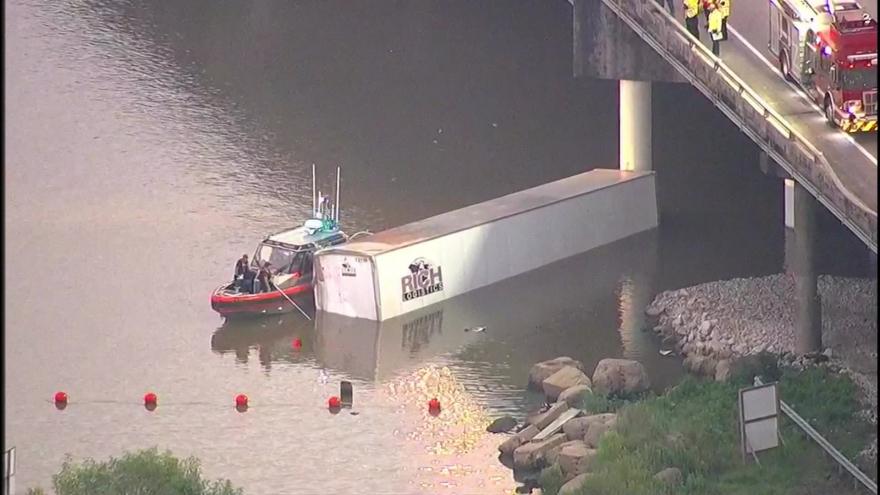 HOUSTON, TX (CBS 58) -- A truck driver who worked for a Wisconsin company was killed in an accident in Houston Thursday.

The semi truck reportedly went off a bridge and into the San Jacinto River early Thursday morning.

According to a Sheriff's deputy, the driver swerved to avoid another accident and ended up crashing through a guardrail.

The driver's identity has not yet been released. He worked for Rich Logistics, a company based in Cudahy, Wisconsin.