Trooper Killed in Crash Near Dells is from Kenosha 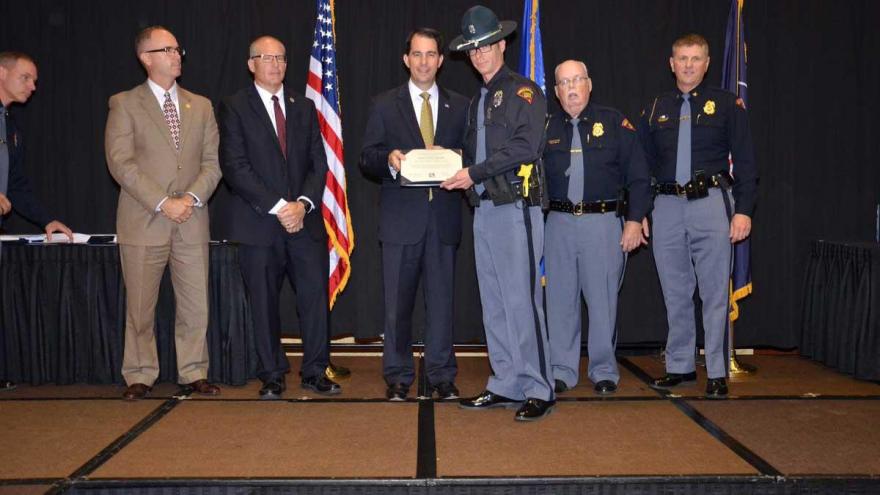 A Wisconsin State Patrol Trooper was pronounced dead at the scene of a crash in Sauk County on Tuesday morning.

He's been identified as Anthony Borowstowski from Kenosha.

According to Sauk County Sheriff’s Office, around 4:30 AM the communications center received a report of a single vehicle crash on Interstate 90 / 94 near the eastbound mile marker 89.

Trooper Borostowski was parked in a median moments before the crash.

They don't know for sure yet.

Witnesses say they did not see any lights or hear sirens from the Trooper's vehicle at the time of the crash.

There is no dash cam video available.

Apparently, the trooper's car was an older model and not outfitted with cameras.

Anyone who might have seen something is asked to call 1-888-TIP-SAUK.

According to the sheriff’s office, the trooper was allegedly traveling near 89.8 mile marker when he lost control of his patrol car.

The car entered the south ditch and struck a tree.

The trooper was pronounced deceased at the scene.

\"Our hearts are heavy today as we mourn the loss of Anthony Borostowski who passed away early this morning in the line of duty. Anthony was an outstanding trooper and staff sergeant in the Wisconsin National Guard. I had the honor of meeting him in 2015 when he received the Wisconsin State Patrol's Lifesaving Award for saving a man's life by performing CPR. Tonette and I send our prayers to Anthony's family as they grieve the loss of their loved one. Anthony will never be forgotten.\"

Trooper Borowstowki has strong ties with local law enforcement and was from Kenosha.