Trio Allegedly Strangle Man, Dress Up his Dead Body and Drive Around with it 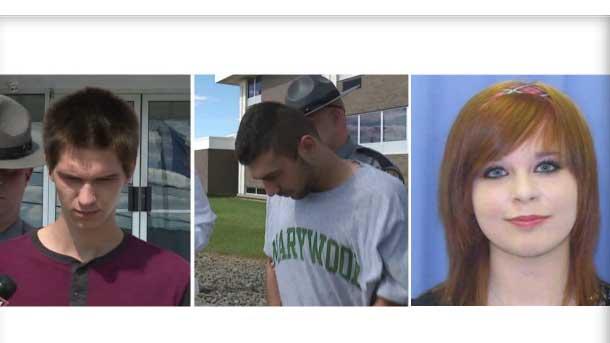 SCRANTON, Pa. (CBS NEWS) — Police say three suspects put sunglasses and a hat on a man they had just killed and drove around with his body, even stopping for gas, before dumping it in a wooded area near train tracks, reports CBS affiliate WYOU.

Preston Layfield, Tyler Mirabelli and Amanda Wayda are accused of using jumper cables to strangle 21-year-old Joshua Rose on Aug. 25. Police say Rose may have suffered a drug overdose before the strangling, according to Pennsylvania State Police Cpl. Mark Prushinski.

“The individual was probably having some sort of significant medical problem and for whatever their thought process was, it appears as though he was strangled,” Prushinski said.

At least one of the suspects allegedly told troopers they put sunglasses and a hat on Rose’s body to disguise the death, before driving him away from the scene, stopping for gas before continuing to the location where they allegedly left his body behind.

The suspects are currently being held on assault and conspiracy charges, though police have indicated more charges may be filed after an autopsy is concluded.