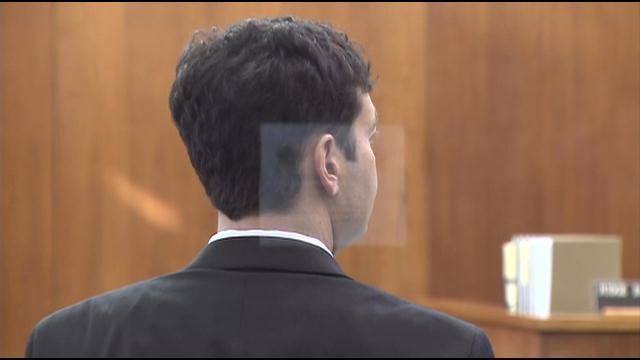 Trial has begun for the man known as a person of interest in the disappearance of Kelly Dwyer.

Five men and eight women were selected for the trial against Kris Zocco. Jury selection went into late Monday afternoon. It took a long time because several jurors indicated they did not feel they could be fair at trial since they were aware of the case due to media coverage.

Zocco could spend life in prison if convicted on 17 counts of possession of child pornography and several counts on drug possession.

This trial will be about the child pornography charges. The drug charges will be tried separately.

During opening statements, Prosecutor Sara Lewis indicated that the videos found on a hard drive and other discs that portray Child Pornography will be shown in the courtroom. From what we understand, they've been edited to protect the victims, since they are all children.

Defense attorneys on the other hand, want to try to prove that Zocco was not aware of the videos.

\"The videos are graphic and disturbing.. it's nothing you'll ever want to see. It may make you sick to your stomach,\" said Defense Attorney Michael Levine. \"But just because this is horrific, doesn't mean you have to hold Kris accountable to it,\" he added.

Zocco has not been charged in connection with the disappearance of Kelly Dwyer.

Trial for the child pornography charges will continue Tuesday morning.
Share this article: