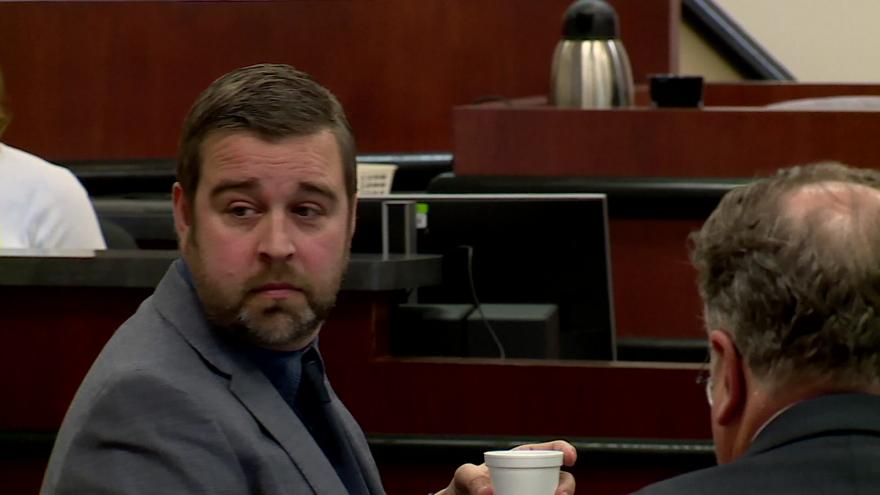 CEDARBURG, Wis. (CBS 58) -- A Cedarburg bartender has been found guilty of drugging a woman's drink.

Jacob Banas is the former owner of the August Weber Haus.

He was originally charged in 2018 for the crime, after a lengthy investigation.

On Wednesday, a jury found Banas guilty of administering a dangerous or stupefying drug.

The verdict comes a day after 12 witnesses took the stand. Seven of them claimed Banas also drugged them.

Banas could spend 12 and a half years in prison.

He will be sentenced March 13.

Banas is the former owner of the now closed August Weber Haus in Cedarburg. He is accused of drugging a woman back in 2014. He was charged in 2018, after a four-year investigation.

Nearly a dozen witnesses took the stand Tuesday. Seven of them claim Banas also drugged them. And while Banas is only charged with drugging one woman, prosecutors are trying to establish a pattern. The seven other women testified that they had drinks either at August Weber Haus or with Banas and blacked out. Some of them woke up in his apartment, unsure if they’d had sex.

Many of the cases happened between 2009 and 2014, but one allegedly occurred in 2017. That woman says she worked at a bar with Banas in Tampa, where he now lives. She says she went out with Banas and his then girlfriend and remembers almost nothing.

The woman testified she is an experienced drinker but has never blacked out like that before and the next morning it wasn’t a typical hangover. Looking back, she says Banas’ behavior was inappropriate.

“And at the time Jacob would say very inappropriate things sometimes but I was like he has a girlfriend, he’s not hitting on me, and he would say I’m just kidding after,” the woman said on the stand.

The defense made it clear they object to the women even testifying because Banas has never been charged with drugging them. On cross examination, several of the women admitted they didn’t go to police until after they learned others had accused Banas. And several of the women couldn’t even remember what year the alleged incidents occurred.

The trial was scheduled to last all week, but the judge says the jury will likely get the case on Thursday.

CEDARBURG, Wis. (CBS 58) -- Opening statements began Monday afternoon in the trial of a former Cedarburg bartender accused of drugging a woman back in 2014.

Jacob Banas worked at his parents' restaurant, "The August Weber Haus," at the time.

The restaurant lost its liquor license after multiple women reported feeling like they'd been drugged while drinking there.

Banas is only charged with drugging one woman, but prosecutors plan to call several women to testify that they also believe Banas slipped something in their drinks.

During opening statements, prosecutors also told the jury an expert will testify that a strand of the victim's hair contained chemicals that can be used to drug someone, but the defense contends the victim simply drank too much that night and only called police a few days later because she found out other women thought they'd been drugged by Banas.

"Friday night she was at a party and explained how she got sick, and a friend told her this isn't the first time this has happened at August Weber Haus, and it was then and only then that she called police," said defense attorney Brent Nistler.

The first witness to testify was the victim herself.

She says what she drank that night wasn't unusual, except for a brown shot Banas brought over to her table. After that she remembers very little.

The trial is expected to last all week.

If convicted, Banas could face up to 12 and a half years in prison.