The Department announced the opening of the Traveling Beer Garden season is next month with a keg tapping at Juneau and Greenfield Park. 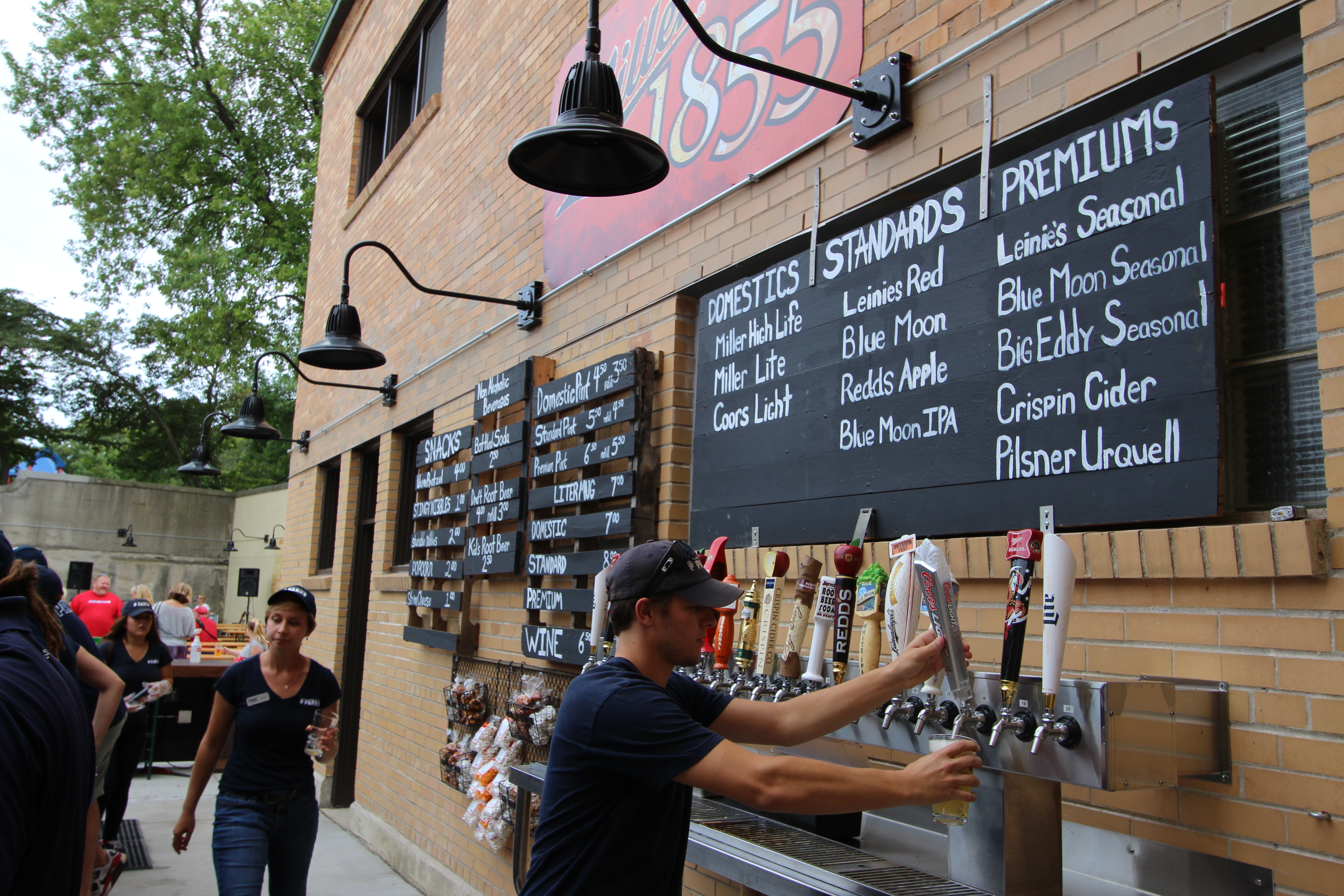 This year, the Traveling Beer Garden is expanding to five stops throughout the summer. In the five years of the beer gardens, more than $2 million has gone back to improving county parks.

There are also “Pass Me a Pint” tours that visit 9 county parks starting in May. 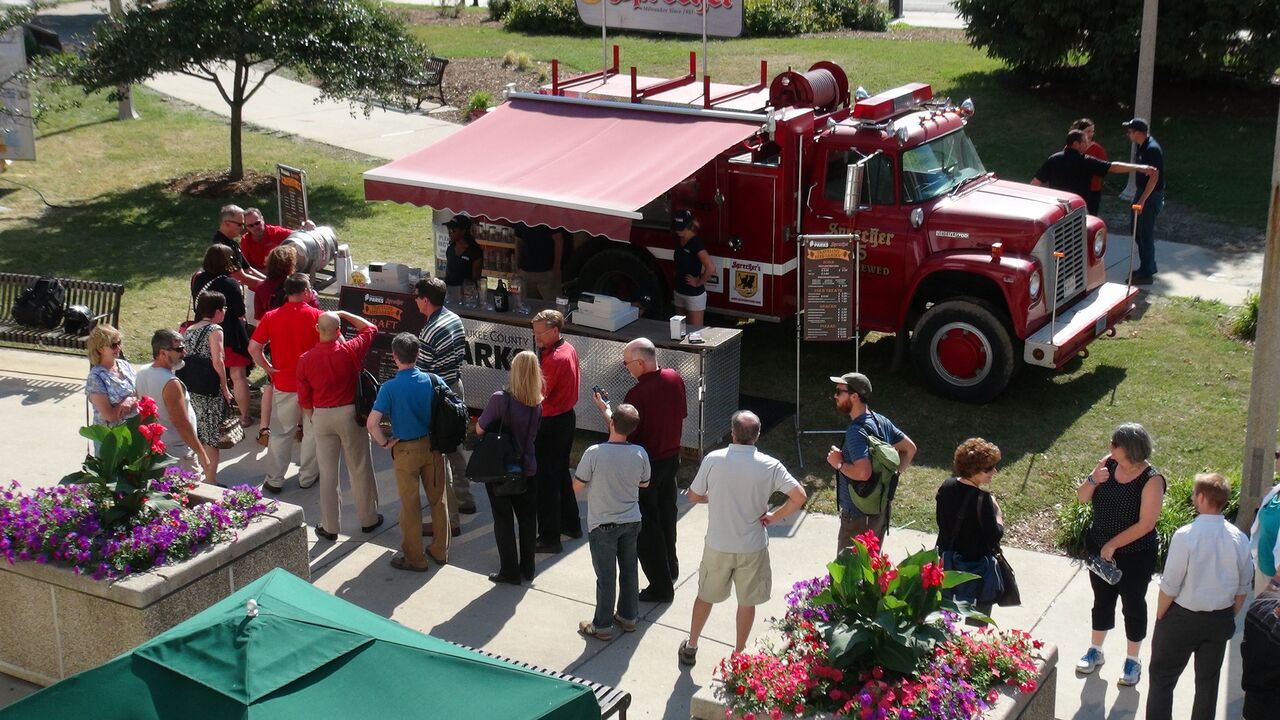 Beergardening season begins in April with the opening of South Shore Terrace Beer Garden, and will move into top gear on May 16 with the return of the Traveling Beer Gardens. 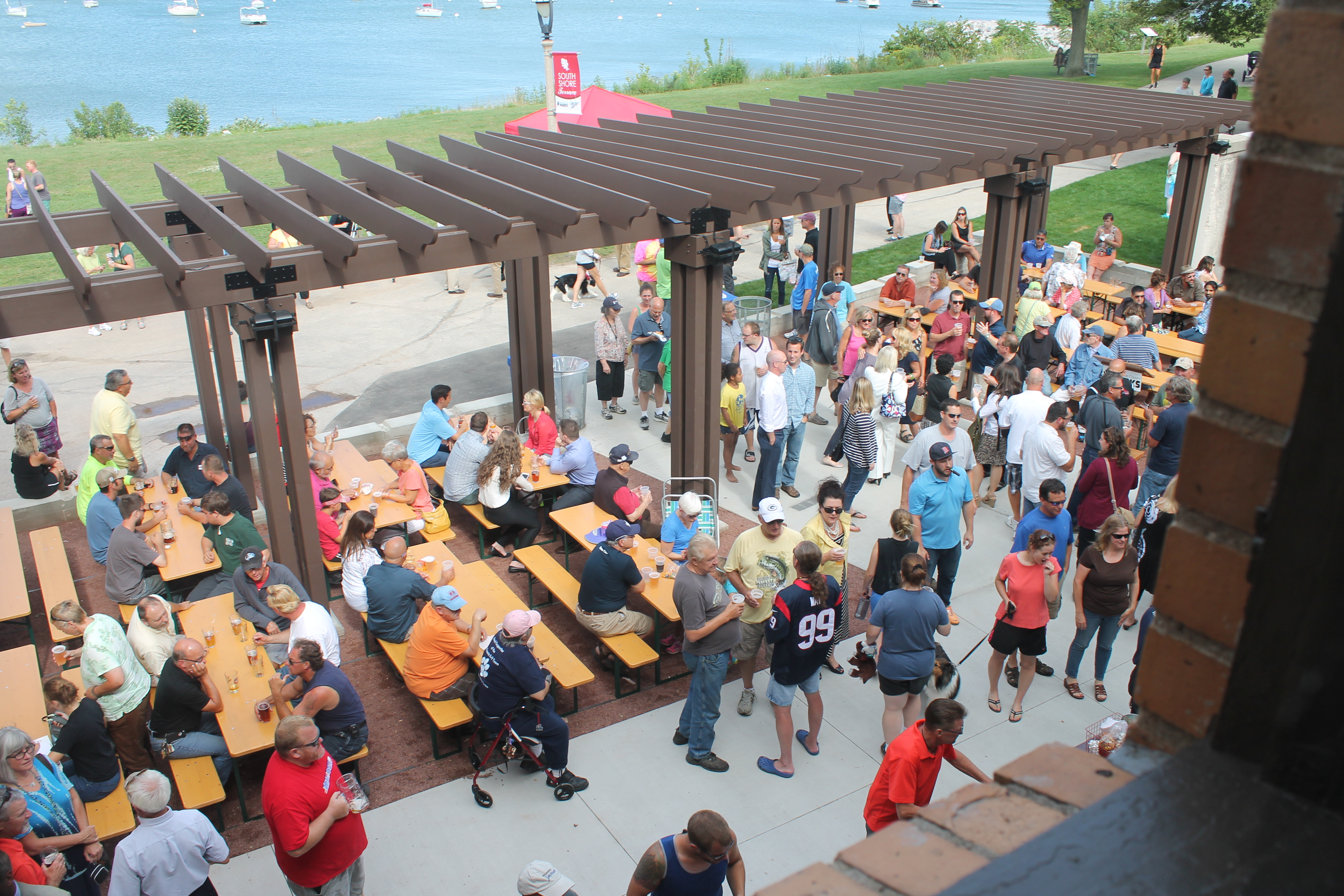 The two, simultaneously running, tours will travel to fourteen stops in Milwaukee County parks in 2018, and this year they’ll feature a few exciting changes – including the ability to take credit cards. Other new features include:

New Roll Out the Barrel format

Beer garden favorites including pretzels, bratwurst and Polish sausage will be available every night, and on opening nights, special events, and weekends throughout the summer, the Iron Grate BBQ food truck will also visit the beer gardens.

Our exclusive beer partner, Sprecher, offers an ever-changing selection of craft beer and hard sodas at each of the stops on the tour – served from the unique Sprecher fire trucks and new this year will be the option to purchase a flight of all twelve beers available on the fire truck. The ‘Oak Leaf’ Flight will be served on a unique Oak Leaf shaped sharing board.

New gifts for beergardeners will also be available to purchase at the Traveling Beer Gardens – including limited edition metal pints, a new design for the souvenir pint glass and a new Beer Garden gift card. Gifts, food and beer can all be purchased with a credit card this year too.

Roll Out the Barrel Tour Schedule.

Pass Me a Pint Tour

The Traveling Beer gardens open from 5pm-10pm weekdays and 11am-10pm on weekends. Last call at 9pm. Live music on Friday and Saturday nights.

The Beer Garden 5k run series is expanding to six runs in 2018. The Thursday evening runs begin at 6pm and all participants receive a race t-shirt and a pint glass full of beer or root beer. 5ks cost $30 per race or $150 for the full series.

Registration is now open at https://silvercirclesportsevents.com/beer-garden-5k-series

The HIIT -N- Hops workout series is returning for a second season with five dates for 2018. This workout series features a 45-minute high-intensity, interval training (HIIT) circuit-style workout in the park followed by some socializing over beer, wine or Sprecher's soda.

Registration is now open at https://www.bodyfuelinc.com/hiitnhops. Each session costs $25 or $100 for all five workouts.

New for 2018, Splash Studio will be bringing their #beerandpaint Mini Painting & Wood Projects events to the Traveling Beer Garden for seven dates.