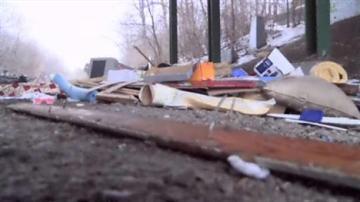 WEST ALLIS- A huge break in the trash dumping that occurred along the Hank Aaron Trail under the 70th Street Bridge.

\"We think we have the individuals who did the dumping,\" DNR trail Manager Melissa Cook told CBS 58 News on Thursday.

It was just one day after CBS 58 News aired a story on the mess after being sent a tip from a concerned viewer.

West Allis Police are now working with the DNR to ticket the individuals who did the illegal dumping.

Cook says she's glad they were caught, and even happier to see the response from the community.

\"The emails and calls with people saying I saw the news story how can I help? I was so caught off guard by it. It almost restored my faith in humanity to get this kind of positive feedback.\"

In fact a local man showed up at the trail Thursday morning to start some of the clean up himself.

Cook says it will take awhile to get the area back to normal.