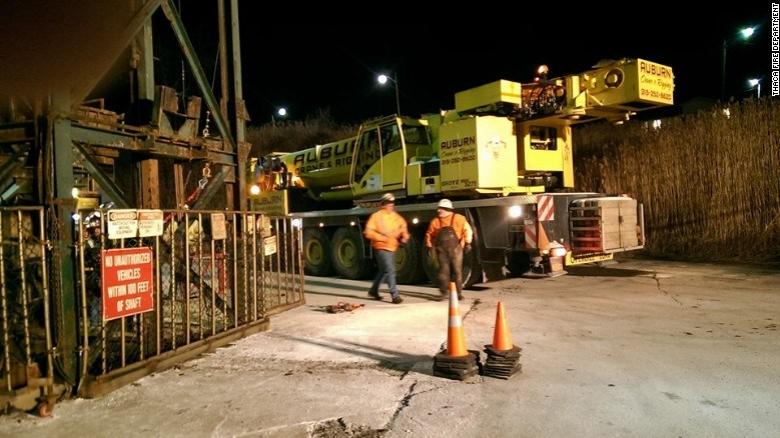 (CNN) UPDATE: All of the miners who were stuck in an elevator underground at a central New York salt mine have been rescued, according to Mark Klein, a spokesman for Cargill.

The miners are above ground and doing well, said Jessica Verfuss, assistant director of the Tompkins County emergency response department.

Twelve of the 17 miners who were stuck in an elevator underground at a central New York salt mine have been rescued, according to Beth Harrington, assistant director of the Tompkins County emergency response department.

"About 10 [p.m.], the 17 were going into the mine to start their shift," said Mark Klein, spokesman for the mine's operator, Cargill. "At about 900 feet, they got stuck.. We've been in constant contact with the 17," Klein said.

He said he is hoping everyone will be above ground shortly.

Rescue efforts were underway Thursday morning for 17 miners who were stuck in an elevator below ground at salt mine in central New York, an emergency official said.

The miners were stuck in an elevator at a Cargill salt mine in Lansing, New York, according to Marcia Lynch, public information officer with Tompkins County's emergency response department.

Emergency workers have made contact with the miners through a radio, and they all appear to be uninjured, said Jessica Verfuss, the emergency department's assistant director.

Crews have managed to provide heat packs and blankets to the miners so that they can keep warm during an operation to rescue them, Verfuss said.

Details about what led to the workers' entrapment in the elevator weren't immediately available.