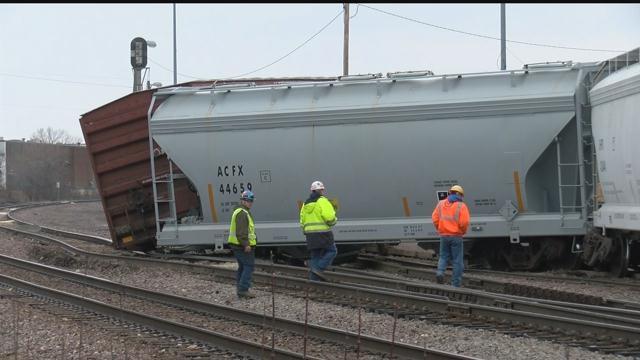 Authorities said there is no danger to the public. Equipment specifically designed to lift train cars arrived late Sunday night.

"Typically speaking it's used to carry anything you want to keep dry," Roach said.

Authorities said no injuries resulted from the derailment. Some people at the scene said it could have been much worse.

"It's more common than you think," Roach said. "I've got photos I took of a small derailment, 2-3 cars, right about right here," Roach said.

No timeline has been released as to when the cleanup may be completed but traffic is not effected by the derailment at this time.